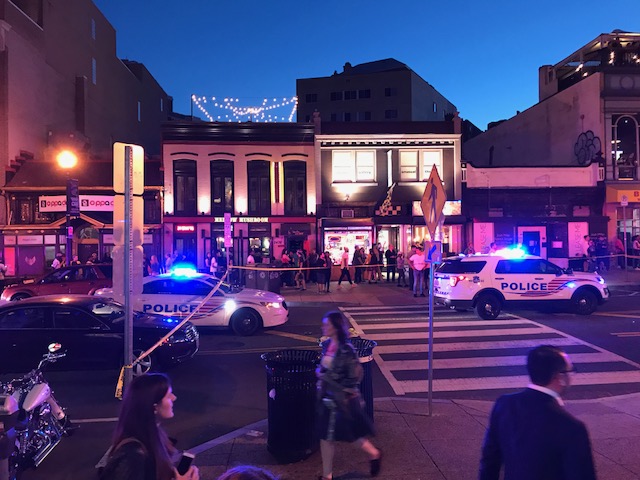 “Good evening. We are currently investigating a motor vehicle accident in the Adams Morgan area of 18th street. Two MPD officers and a third DC government employee were struck by a vehicle in the 2400 block of 18th St NW. The vehicle then struck another vehicle in the 1800 block of Adams Mill Rd where it became disabled. The operator of the striking vehicle has been detained by responding units.

The 3 victims have been taken to area hospitals in various conditions ranging from serious to critical.

There are major road closures in the area affecting vehicles and pedestrians. Anyone with information is asked to call 202-727-9099.” 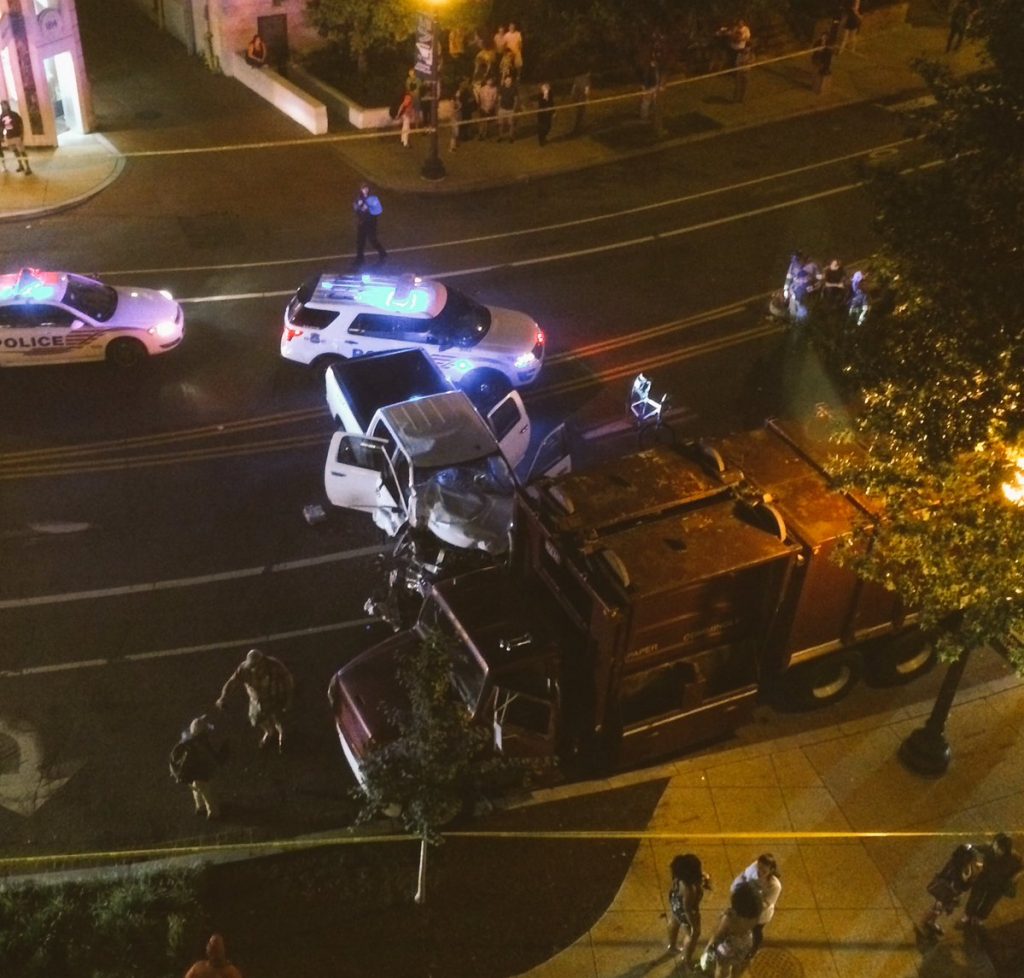 General Scene at 9:20pm from Sean: 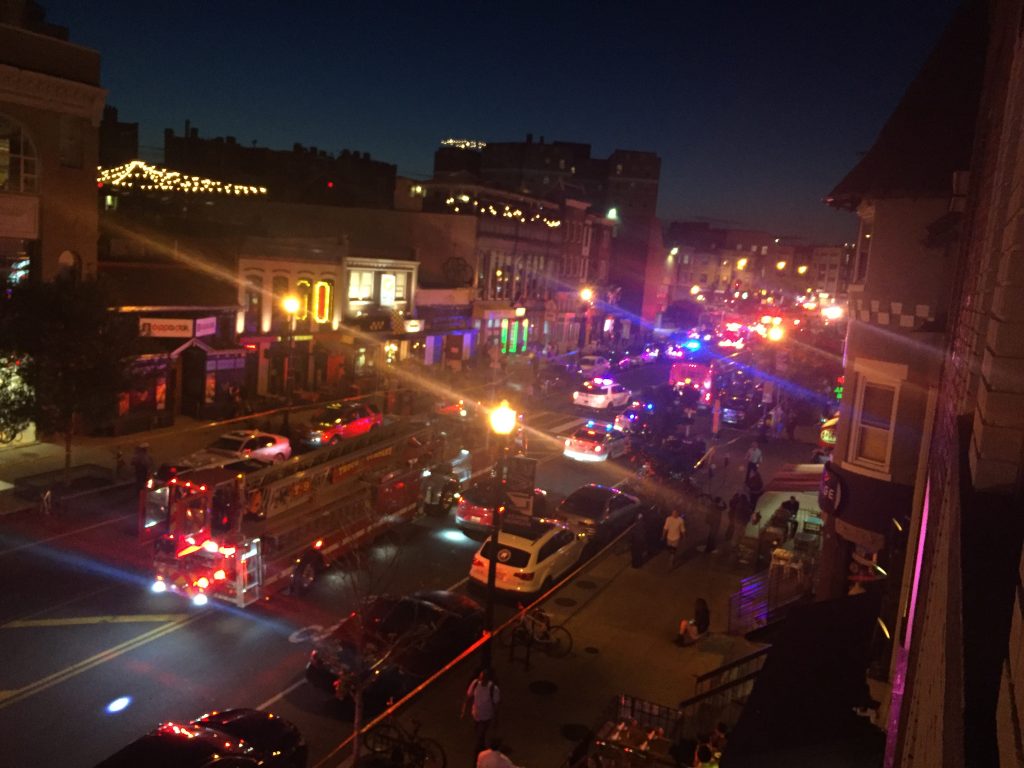 UPDATE 9:15pm: Another reader reports, unconfirmed at this time, that: “Car was driving up 18th and hit multiple police officers. Driving 50mph. MPD In pursuit of white truck. 2-3 officers down. Saw at least two down. A white truck jumped the curb, was swerving up 18th around traffic at a high rate of speed, and hit multiple bike officers in the central strip of 18th Street. The truck ran off. All of 18th is shut down, as is Columbia Road. Big investigation.”

hit & run in adams morgan neighborhood (in DC). arrest has been made. wow. https://t.co/js73MOcVcJ

Holy crap. Someone just ran over an officer in Adams Morgan.

A truck tboned a garbage truck like one block away from this. Are they related?

I believe the white truck is the same one that hit the police officer.

Top of 18th, right near suntrust bank is where everything happened. 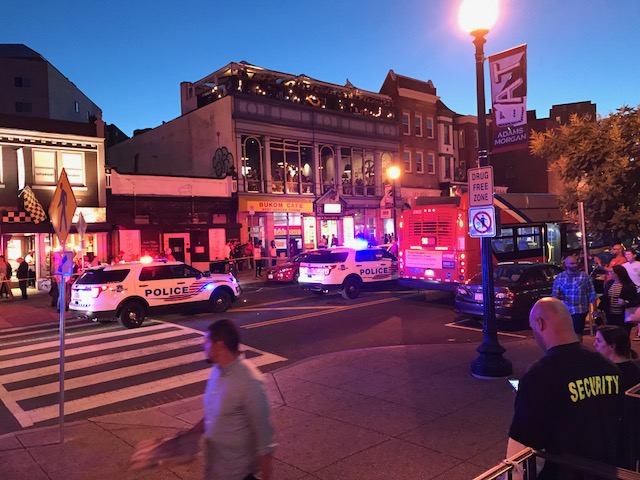