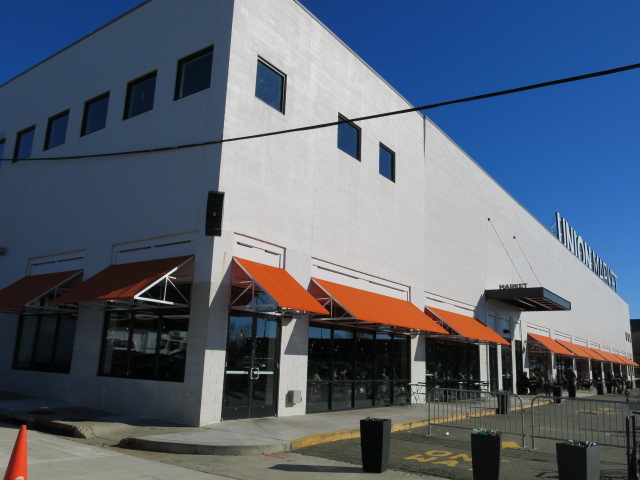 “TasteLab, a Culinary Incubator in NE DC, launched a marketplace at Union Market on Tuesday, April 18th. The marketplace features an eclectic mix of food and beverages made exclusively by the over sixty-five small businesses that produce their products at TasteLab. The Grand Opening Celebration will occur over the weekend of April 22nd & 23rd and feature tastings and product demos. 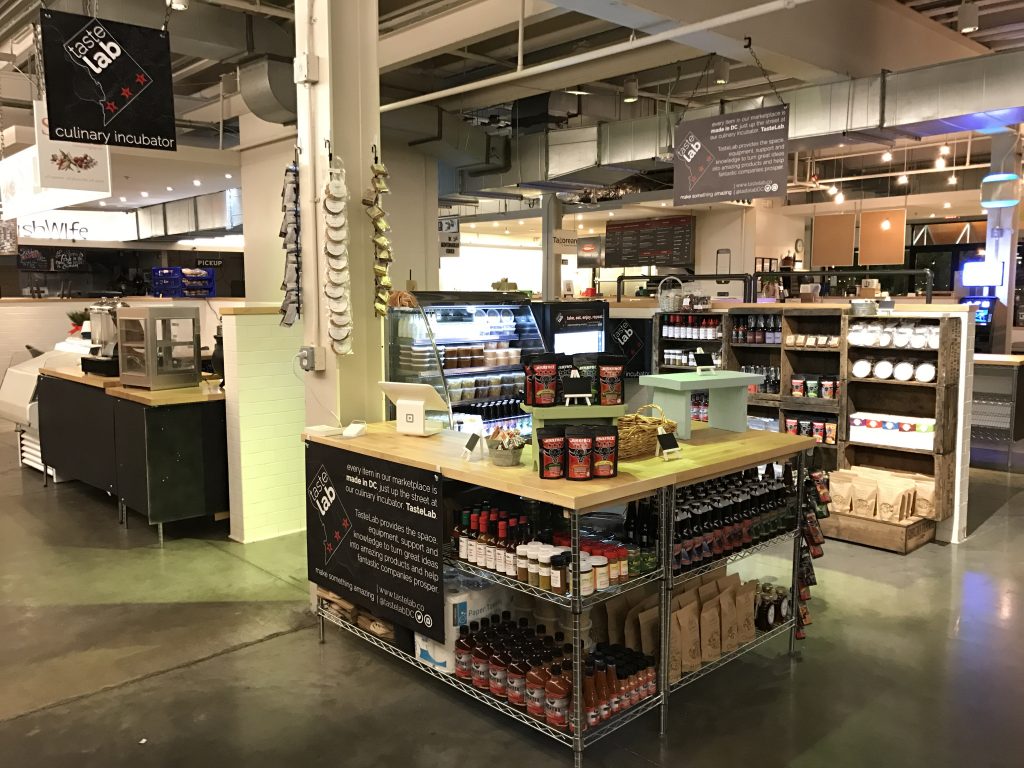 “Not only will this marketplace allow us introduce all of these incredible products and entrepreneurs to the thousands of people who visit Union Market on a daily basis, but we will be creating a new revenue stream for our members and in some cases, putting them on their first shelves,” said Ryan Hansan, Founder of TasteLab. 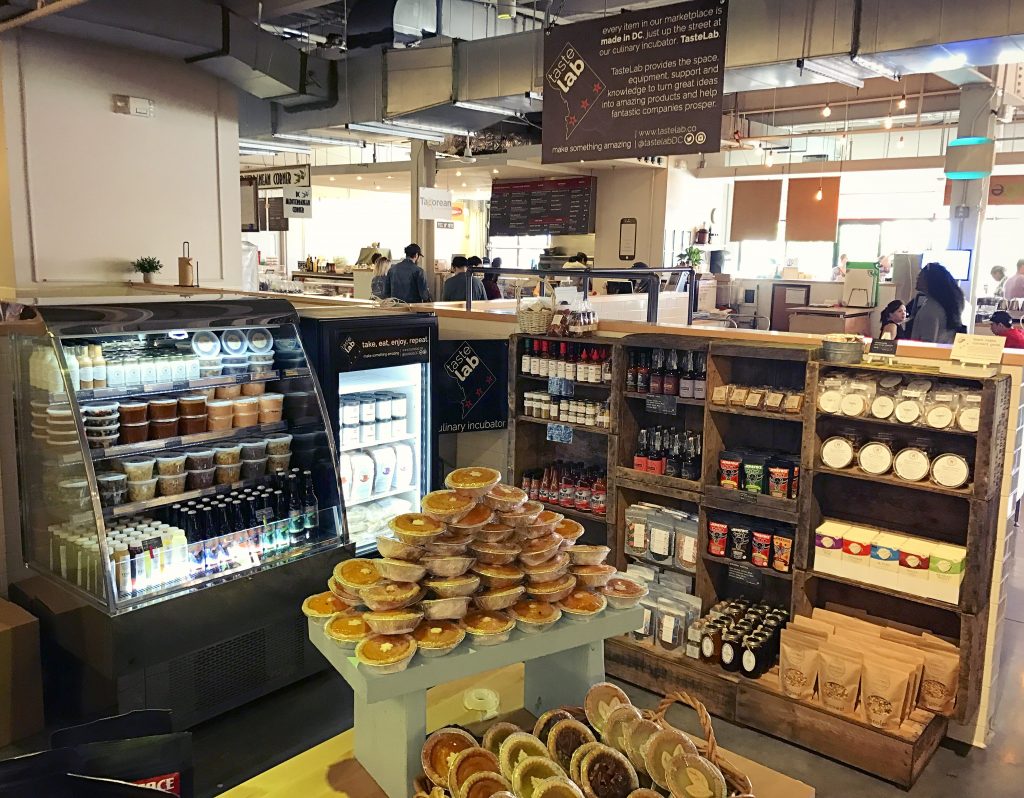 TasteLab’s Marketplace at Union Market will instantly become a destination for foodies who care about eating or discovering local products, as it will be the only food-focused retail outlet exclusively selling food and beverages made in The District.

TasteLab’s Marketplace will feature over one hundred retail ready products, and host demos and tastings for members who do not currently produce products for retail, like food trucks and caterers.

“We decided to move forward with the Marketplace concept because we truly believe that it will significantly benefit our community of local food producers,” said Jordan Estes, TasteLab’s Director of Community Growth and head of the marketplace project. “Our mission is to do everything we can to help small businesses grow and this is a huge step towards accomplishing those objectives. I think DC residents will be happy with our decision to move forward and will be blown away by some of the awesome things their neighbors are creating.”

About TasteLab: TasteLab (www.tastelab.co) is an 8,000 square foot culinary incubator and commercial kitchen located in Northeast DC. TasteLab opened in March 2015 to provide new, small and medium sized food businesses the space, equipment, storage, connections and industry knowledge to help them start or scale their food companies. TasteLab is home to over 65 small businesses including thirty-six woman-owned businesses and forty minority-owned businesses. TasteLab was founded by the team who launched, scaled and successfully exited the local dinner kit delivery company, scratchDC, and the healthy vending company, TinyGrocery.”

Next
“Anyone have an idea who is responsible for this and how we can speak out against it?”