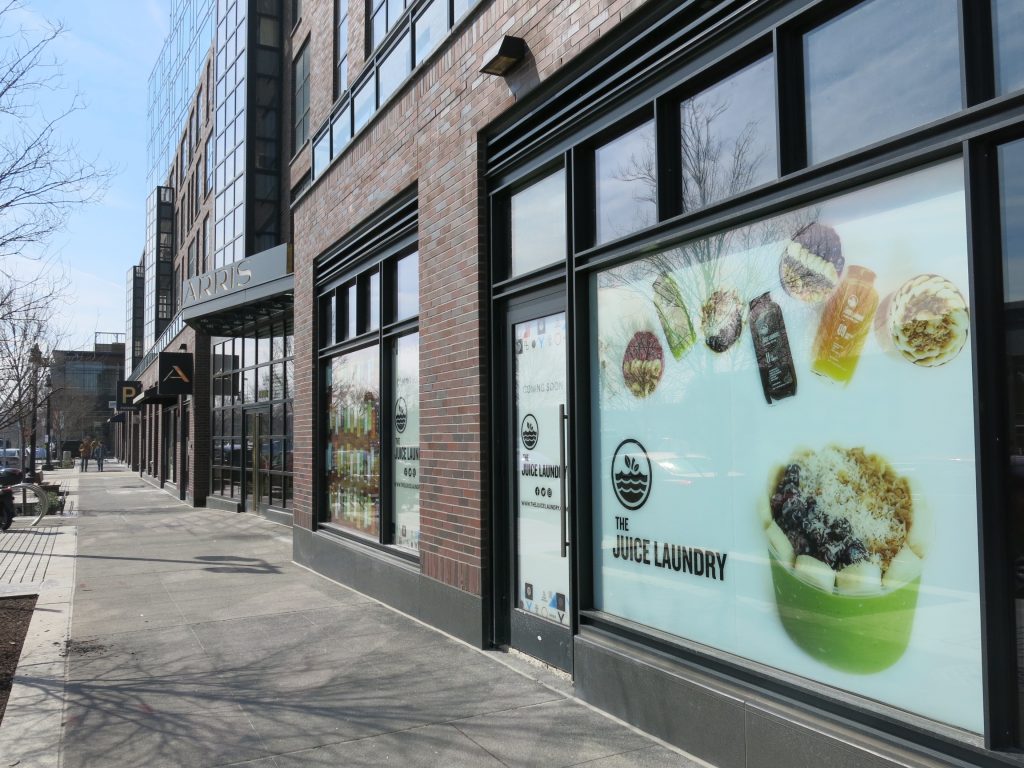 “Chef Reid Shilling, who brings with him 19 years of industry experience at top-tier restaurants including The Dabney and Bouchon Bistro in Yountville, CA announces the opening of Shilling Canning Company, located at The Yards. Shilling’s first restaurant concept will offer a rustic combination of Mid-Atlantic cooking and Californian finesse. Located on the ground floor of the luxury Arris Apartments at The Yards, Shilling Canning Company is on target to open in early 2018.

Shilling Canning Company will work with local growers and purveyors to source the best in fresh ingredients from the Mid Atlantic, from proteins that will be butchered in house, to seafood carefully selected from local fisherman. The restaurant is named for Shilling Canning Company, a small canning business that Shilling’s family operated in Maryland from 1935-1958.

Lending a classic, comfortable setting for dining, Shilling Canning Company will offer seating for 75 guests. A centrally-placed open kitchen with a wood-fired brick oven, and a wood-burning grill, will house ample counter seating offering guests an up-close experience. Fresh herbs and produce for the menu will be grown in the restaurant’s large garden patio, which will also offer outdoor seating and a view of the waterfront.

“For nearly 25 years, Shilling Cannery Company was at the core of my family’s life in Maryland, and this restaurant is a tribute to the work and care they put into the land and the care with which they created their products,” said Shilling. “I’m excited to bring my experience and my background together to create an incredible dining experience that highlights the great products of our region here on the waterfront in the nation’s capital.”

A modern take on the American tavern, the daily changing menu offerings at Shilling Canning Company will be made fresh in-house from scratch, locally sourced and seasonal ingredients. Shilling Canning Company will also offer a raw bar and hand-tossed brick oven pizzas.
At the bar, classic cocktails, seasonal refreshments, and artisanal beers, both regular favorites and seasonal specialties, will be served. Wines will change with the seasons and plates. Each bottle will complement a core ingredient, with interesting varietals rotated in to showcase new or regional vintners.

About Chef Reid Shilling
A graduate of the Culinary Institute of America, Shilling has more than 19 years of culinary and restaurant management experience. He honed his business expertise at the Hillstone Restaurant Group, where he ran their kitchens for seven years at restaurants including Houston’s on the Santa Monica farmers market, Gulfstream in Beverly Hills, Hillstone on Park Avene, and Woodmont Grill in Bethesda.

Working under the tutelage of James Beard Award-winning Chef Thomas Keller at Michelin-starred Bouchon Bistro, Shilling honed his culinary techniques and then returned to the East Coast for the opening of The Dabney, serving as sous chef for the first year of the Michelin-starred restaurant.