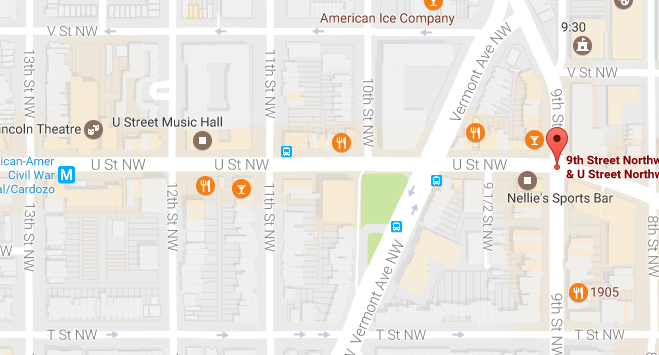 The pedestrian was on the south side of U Street and 10th Street Northwest, walking north across the westbound traffic lanes in a controlled crosswalk. A black 2016 Nissan Versa was travelling westbound in the 900 block of U Street, Northwest, at a high rate of speed, when they struck the pedestrian. DC Fire and EMS transported the pedestrian to an area hospital, where she was pronounced dead.

The decedent has been identified as 65-year-old Carolyn Ellis of Clinton, MD.

The vehicle had sustained damage to the front bumper, front windshield, and both side view mirrors. Detectives from MPD’s Major Crash Unit canvassed the surrounding area for the driver and arrested 36-year-old David Jones of Bowie, Maryland for Involuntary Manslaughter, Leaving after Colliding, and Driving Under the Influence.”

Next
Shooting in Petworth, Fire in Woodley Park