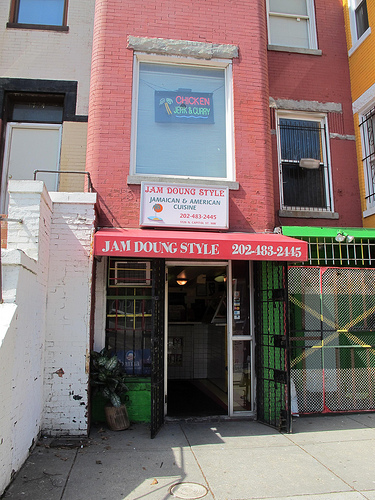 a bloomingdale business owner at Jam Doung, a woman, was shot twice last wednesday while closing up shop. hardly anyone is talking about it outside our listserv, but she tried to fight off her assailant and neighbors on the street were pretty unimpressed by mpd’s ensuing search for the two men. i hope people will try to support Jam Doung since they had to close for a few days.”

“The Metropolitan Police Department seeks the public’s assistance in identifying and locating two persons of interest in reference to an Armed Robbery and an Assault with a Dangerous Weapon (Gun) offense that occurred in the 1700 block of North Capitol Street, Northwest, on Wednesday, January 25, 2017.

The two persons of interest can be seen in this video: