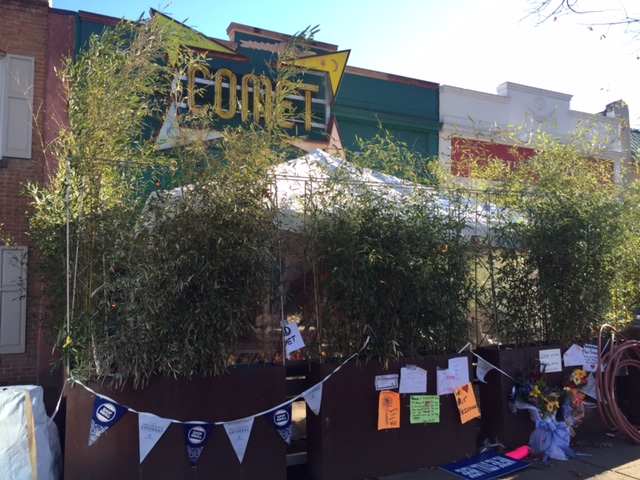 Did you see the article in the Washington Post about the anarchists (“activists”) planning to disrupt the inauguration that were “infiltrated by a conservative group”? According to the Washington Post, the conservative group secretly recorded a meeting of the activists AT COMET Ping Pong, where they met to allegedly planned an acid attack on Trump supporters who attended the Deplorables Ball at the National Press Club.

The video in which the alleged planned acid attack was discussed was recorded at Comet Ping Pong on Connecticut Avenue, the same pizza shop a gunman had entered weeks earlier to investigate fake news claims of an underground child-porn ring involving Democratic officials.