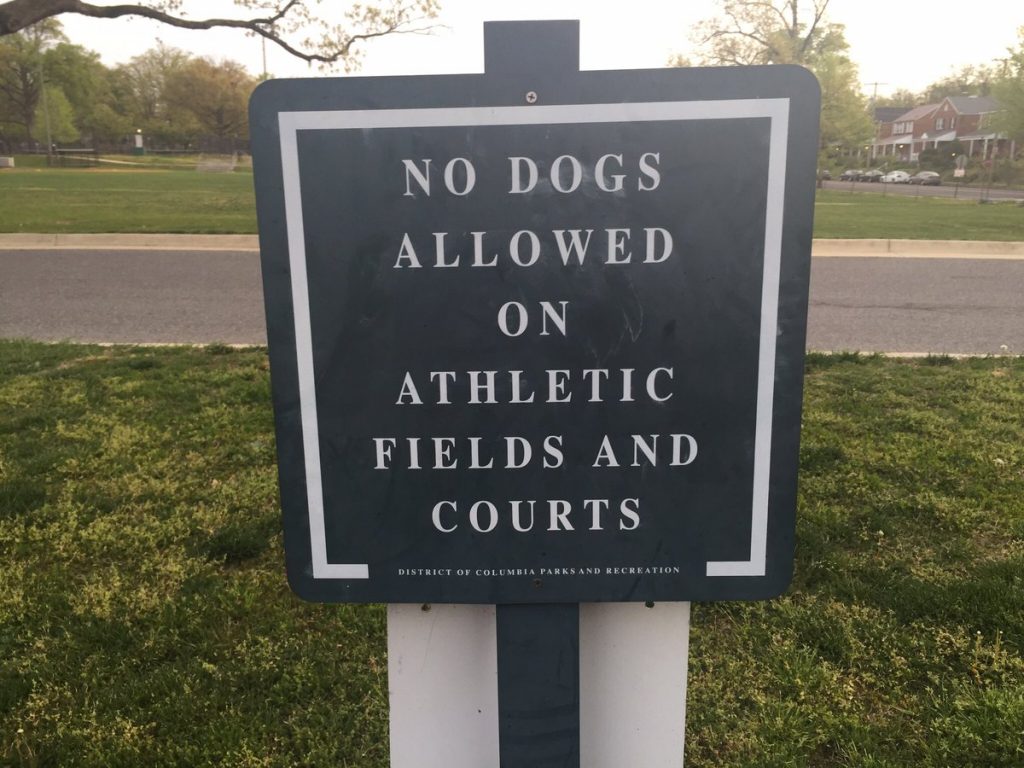 UPDATE from DPR on Friday:

“Today DPR’s Director Keith Anderson spoke with the dog park applicant and we are moving forward to collaborate on a new location.”

I don’t know if you have heard, but the Northern Ward 4 Dog Park Group has been trying to get approval from DPR for a dog park at 3rd and Underwood, NW.

This group has done everything right. They received preliminary approval from DPR and DDOEE for the proposed site – after moving the site several times to appease the two agencies. The location was a compromise reached after receiving feedback from ANC 4B, picnickers (yes, picnickers!), neighbors, churches and Coolidge High School staff.

The group received ANC support, participated in community meetings, voluntarily notified the community, and submitted the most dog park petition signatures ever to DPR. The Dog Park Application Review Committee even voted in favor of the site 5 to 3. At every meeting for this proposed dog park, the support was overwhelmingly for the dog park.

But apparently the DPR Director has the final say and can stray from the official regulations by basing his decision on subjective criteria that no one ever knew existed.

And the result was a big fat “NO.” The letter (see takoma-dog-park-application_dpr-response_(PDF)) gives three reasons for his decision:

1. Its too-close proximity to nearby residences’ front porches;
2. Its failure to streamline with the existing use of the open space where adults and children play, walk, and rest; and
3. Its location between two heavily used athletic fields (I live there … they are rarely used).

But here’s the thing … DPR essentially chose the location! The group worked with DPR to find the right location! How is this possible? Does no one at DPR talk to each other?

This reflects extremely poorly on DPR, Mayor Bowser, and Councilman Todd. It gives me no confidence in our elected officials and the DC Government.

Maybe your readers have some suggestions on what this group can do to get this decision overturned?”