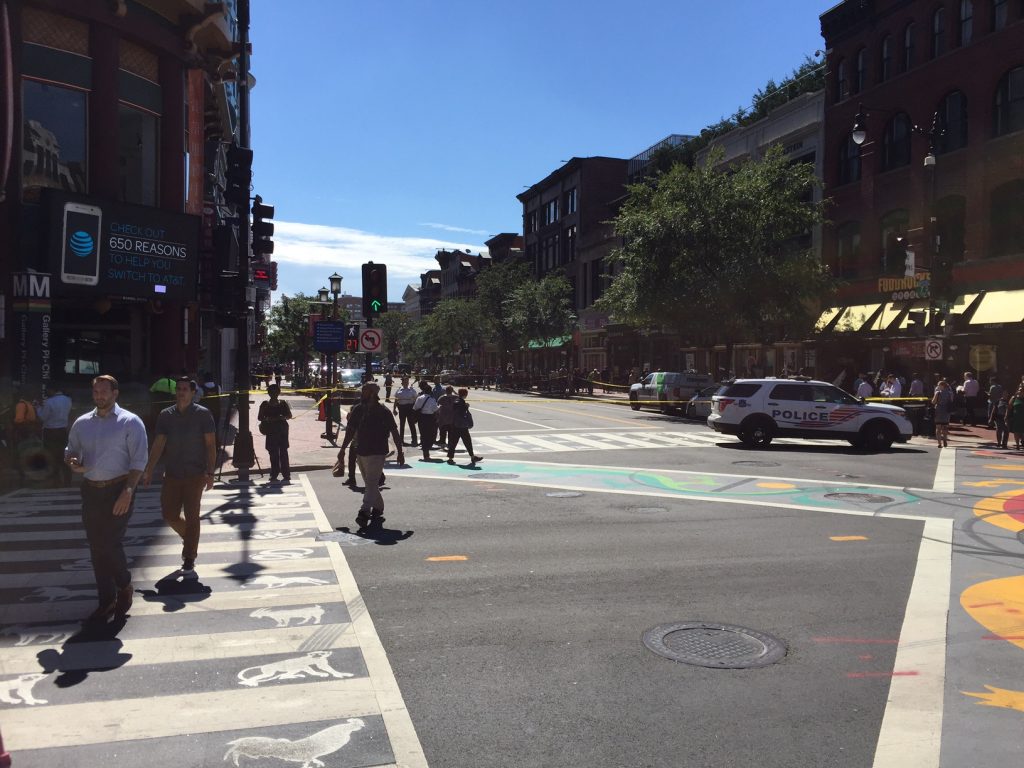 Thanks to a reader for sending around 1pm:

“What is going on, street shut down, cops, police tape?”

Just saw a stabbing in Chinatown, right in front of Gallery Place metro, so there's that.

“At approximately noon today in the 700 block of 7th Street, NW we had an Assault with a Dangerous Weapon that occurred. An adult male suffered a stab wound to the arm by the hands of two others who all knew each other. Both suspects were immediately apprehended and identified as those involved that led to his injury and arrested.

This offense occurred in Patrol Service Area 102 and is currently being investigated by members of the First Police District Detectives Office and should you have witnessed this stabbing or have knowledge of it, we urge you to contact the departments Command Information Center immediately on 202-727-9099 and reference CCN# 16-160-991.”