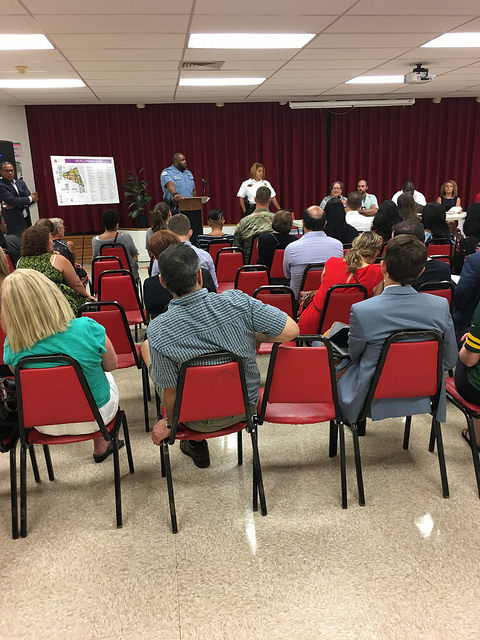 Thought you’d want to see this from last night’s Mount Vernon Triangle CID community meeting. People are at the end of the line with the Chinatown parks and the heroin and and crack market in open air 24/7, transvestite prostitution , and trash cesspool. Drugged crazed idiots accosting pregnant people, toddlers, people’s dogs etc . Police action from MPD and park police is being hindered by national park service “the benches can’t be moved because it would ruin the historic nature of Chinatown park” and the city council “most people arrested are released a few hours later except for the guy that threw blood on a cop”. One lady said she’s petrified of the day her dog eats a piece of crack and dies. 11 people arrested in less than 2 weeks . Three of them wanted felons, just hanging in Chinatown park. NPS and the council need to be held accountable. Police are doing everything they can.”