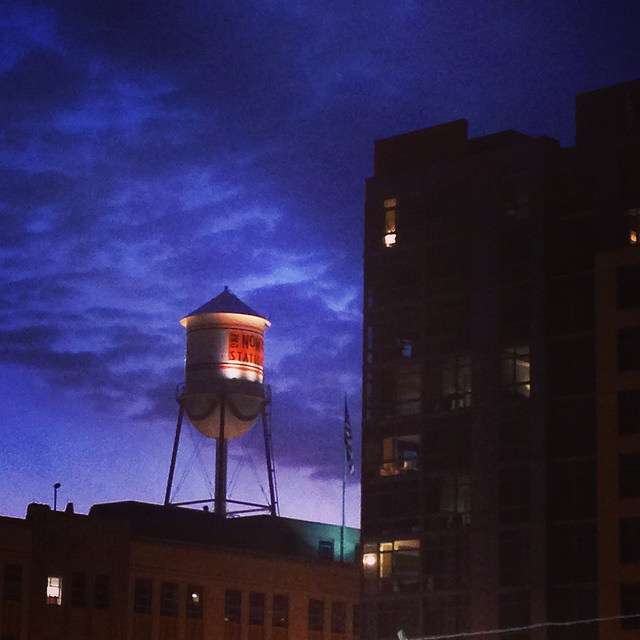 “There seems to be a few incidents in NoMa this week, so wanted to add another word of caution to the mix:

My husband was coming home on the metro around 10pm last night (Thursday night). Was crossing First St NE from Harris Teeter going towards North Capitol when he saw 6 teenagers, who he noticed tossing around a football on the opposite side of the sidewalk (Starbucks side), deliberately throw their football hard at the windshield of an oncoming Jeep. Ball rammed the windshield, Jeep slammed on its breaks, kids cracked up, and since the car was thankfully fine (thank god there was no traffic behind him – plus it was raining) it sped off.

Husband kept walking down M towards North Capitol, trying to keep his head down and ignore the teenagers, as they had crossed the street and were yelling at him, calling him names, trying to prod him into reacting. He ignored them and kept walking. Then they got quiet, he had a bad feeling about that, and sure enough the football whizzed just next to his head, taunting started back up.

Unfortunately he didn’t have perhaps the most reasoned reaction to them throwing a football at his head, first trying to gouge the ball with his keys and then when that failed, taking it and continuing his walk home and throwing it on the roof of a nearby abandoned building since they were far enough away and he was close enough to home to outrun them. (yes, the safer choice would have been to continue ignoring them.)

That aside, keep your heads up. Grateful the jeep didn’t have traffic behind it, as that could have made things much worse, especially given that it was at night and in the rain. Also grateful their aim was terrible and they missed my husband’s head.