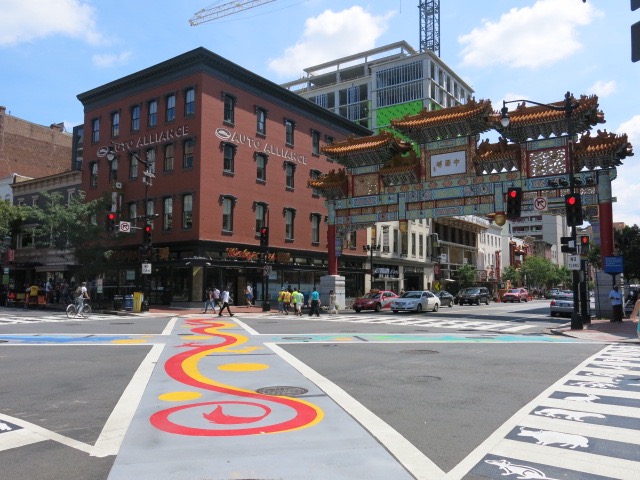 “The Metropolitan Police Department seeks the public’s assistance in identifying and locating a suspect in connection with a defacing public property offense that occurred in the Chinatown area of 7th and H Streets, Northwest.

Members of the First District responded to three separate incidents in the Chinatown area of anti-Semitic graffiti written on Chinese zodiac rat murals. The dates of the reported offenses are as follows:

Anyone with information about these cases is asked to call the police at 202-727-9099. Additionally, anonymous information may be submitted to the department’s TEXT TIP LINE by text messaging 50411.”