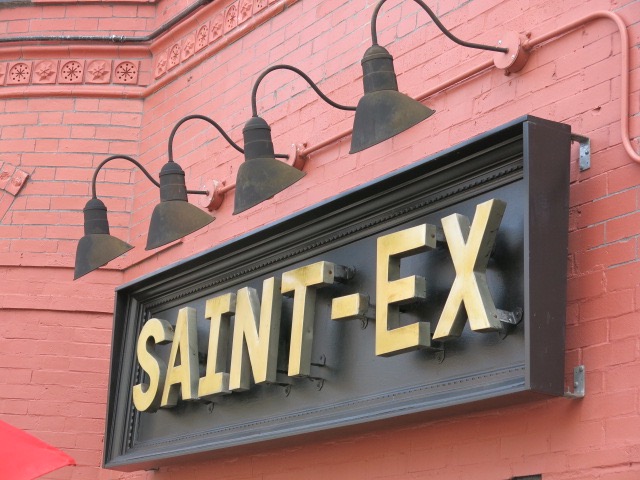 “Which 14th Street eatery has the best burger? Cafe Saint-Ex, Garden District & Matchbox are firing up the grills in a face off on Sunday, August 14th to determine burger bragging rights on upper 14th Street NW at the inaugural 14th Street Burger Battle Royale. 3 Stars Brewing Company will also be on hand to pour some of their ultra fresh local brews at the bar & on the patio.

Tickets are $15 at the door, and include 3 burger tickets and a starter taste of 3 Stars Dissonance. Additional burger tickets are $3 each. In addition to the Dissonance, 3 Stars will be taking over several taps at the bar with Above the Clouds Farmhouse Pale Ale, Dissonance Rye Berliner, and Two to the Dome Double IPA on draft, and Citra Lemon Saison and Ghost White IPA in can.

The winner of the 14th Street Burger Battle Royale will be chosen by public vote, so attendees should come ready to judge! A portion of the proceeds will benefit the charity of the winner’s choice.

Cost: $15 at the door, includes 3 burger tickets and a starter beer of 3 Stars Dissonance

A portion of the proceeds go to benefit the charity of the winner’s choice!”

Read more →
More Stories
“So I got quotes for the new apartments above whole foods on H st NE…”Where is this House of the Day?