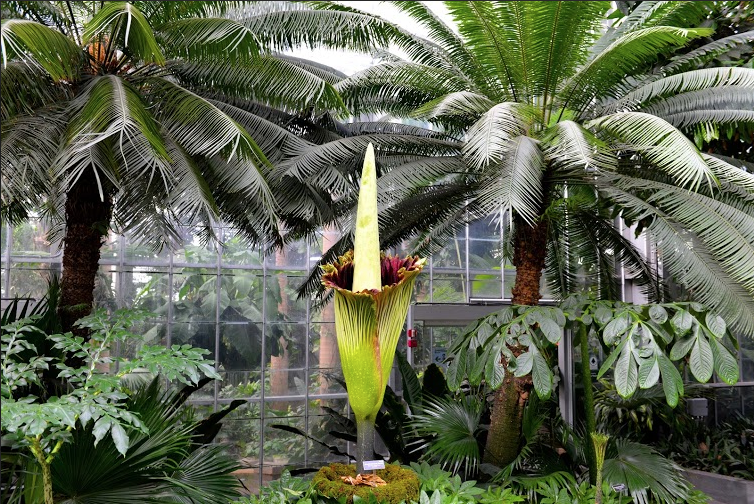 From a media alert:

“The bloom of the corpse flower (Amorphophallus titanum) has begun opening at the United States Botanic Garden (USBG), in an unusual day blooming event. The plant will release its odorous scent over the next 6-8 hours, and the bloom typically stays open anywhere from 24 to 48 hours. The USBG will be open from 10 a.m. until 11 p.m. tonight for visitors to experience the sight and and smell of this unique plant. The Garden will be open 10 a.m. until 11 p.m. tomorrow, as well. The U.S. Botanic Garden is open every day of the year, free of charge. [100 Maryland Ave, SW]

The U.S. Botanic Garden last displayed a corpse flower bloom in 2013. More than 130,000 people came to see the plant in person, and more than 650,000 viewers accessed the live webstream.”

A reader reports from the scene: 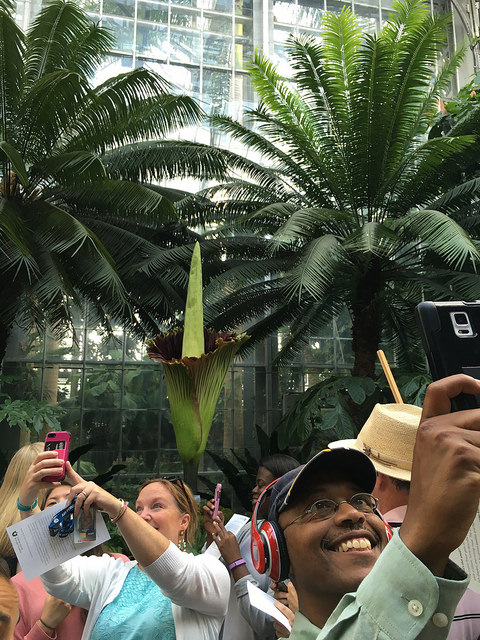 Read more →
More Stories
What the What? Yamas Mediterranean Grill Papered Over in Adams MorganContinuing Coverage of the Q Street Barbies Continues with a Titanic Celebration!