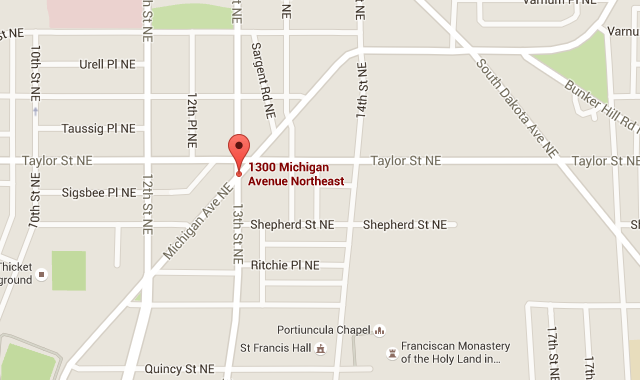 “Detectives from the Metropolitan Police Department’s Major Crash Unit are investigating a traffic fatality that occurred in the 1300 block of Michigan Avenue, Northeast on Saturday, July 23, 2016.

At approximately 5:15 am, members of the Metropolitan Police Department responded to the scene of a traffic accident involving a 2008 GMC Yukon Denali. A Mount Rainer law enforcement member was attempting to stop the vehicle close to the DC/Maryland border when it fled into the District of Columbia. The decedent operating the SUV travelled at a high rate of speed onto Eastern Avenue, NE and eventually onto Michigan Avenue, NE. The SUV crossed the intersection of 14th Street, NE when it swerved to the right side of the road, mounted the curb, and struck a tree.

Upon arrival of MPD, officers removed the unconscious driver and administered CPR. DC Fire & EMS arrived on the scene to assist and transported the driver to an area hospital where he later died as a result of massive, blunt force trauma to his head and body.

The decedent has been identified as 36-year-old Ever Moises Fuentes of Brentwood, MD.

The driver operating the vehicle had tossed a black item of his window before the crash. MPD recovered the firearm that was discarded in the 1400 block of Michigan Avenue, NE.

Read more →
More Stories
Police Involved Shooting at Georgia and Ingraham St, NW Near CVS around 8pm SaturdayWhere is this House of the Day?