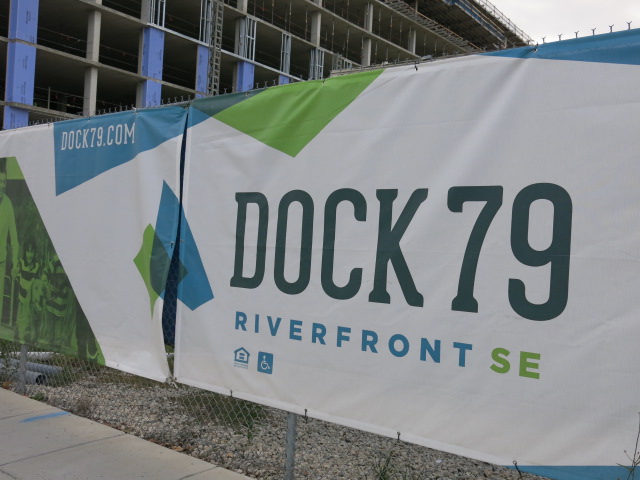 The placard for The Salt Line says:

Back in March we learned the “group behind Sixth Engine, Town Hall and The Dubliner, is pleased to announce plans to open The Salt Line in Spring 2017.”

Seafood – not to mention a prominently featured raw bar – will be at the heart of Chef Kyle Bailey’s culinary program at The Salt Line. The menu will offer a selection of straightforward New England classics, along with Bailey’s own interpretations on the regional fare, and a few Chesapeake Bay-influenced specials. Chef Kyle Bailey’s affinity for whole-animal butchery and charcuterie will translate nicely to his plans for The Salt Line, which will include items such as seafood sausages, smoked and cured fish, and a variety of crudo. Bailey also plans to work with local oyster farms to create a proprietary oyster for the restaurant.

The Salt Line will also showcase a regional craft beer selection and a creative cocktail program that will be the centerpieces for the outdoor bar located along the riverfront. The Salt Line plans to serve dinner daily and weekend brunch upon opening.

With Whaley’s opening in Yards Park – Navy Yard will be, rightfully, flush with oysters soon!!