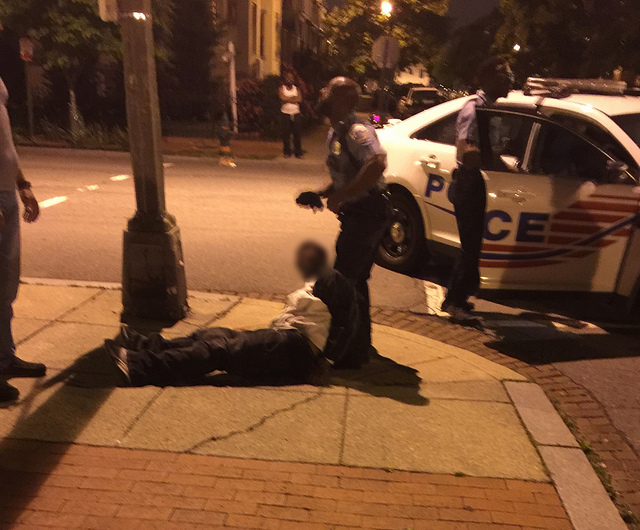 Thanks to all who wrote in last night:

Just wanted to pass along a pretty incredible story from tonight — at about 10:20 tonight we heard screams coming from the street (Randolph Pl) and within seconds a hoard of neighbors realized what was happening and came out of their houses to chase down and detain the thief until the police arrived. I can’t speak to whether it was at gunpoint or if there was also an assault, but the screams were absolutely glass shattering. Moral of this story: never underestimate your neighbors, and scream as loud as you can if ever in this situation.

Props to all of the neighbors who ran out in defense of someone they didn’t know! Makes me feel great about my neighborhood!”

“On May 12, 2016, at approximately 10:30PM, a Robbery occurred at 1st and Randolph Pl., NW Several citizens observed the victim being robbed. The citizens quickly took action and apprehended the suspect. As the citizens continued to hold the suspects they called 911. Units from the Fifth District responded and arrested the suspect.

This is an outstanding job by the citizens of the Fifth District and all should be commended for a job well done.“