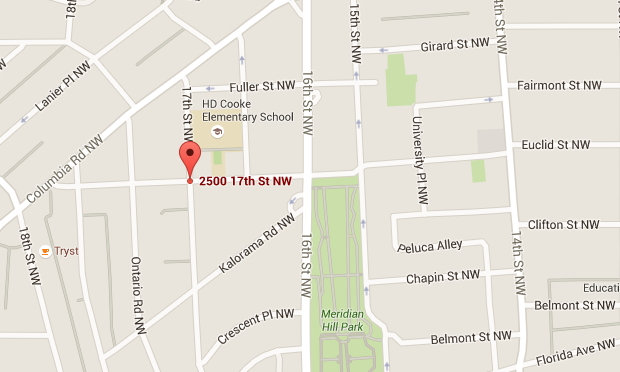 “Detectives from the Metropolitan Police Department’s Homicide Branch are investigating a fatal shooting that occurred in the 2500 block of 17th Street, Northwest on Sunday, April 17, 2016.

At approximately 3:11 am, members of the Third District responded to a call for the sounds of gunshots. Upon arrival, they located an adult male suffering from apparent gunshot wounds. The victim exhibited no signs consistent with life, and remained on the scene until he was transported to the Office of the Chief Medical Examiner. A second adult male victim was transported to an area hospital suffering from a non-life threatening gunshot wound.

The decedent has been identified as 35-year-old Jayvon Marshman, of Southeast, DC.

more stories
Previous
Gonna Be Able to Get Some Simit Soon (Turkish Bagels)!!
Next
Random Reader Rant and/or Revel