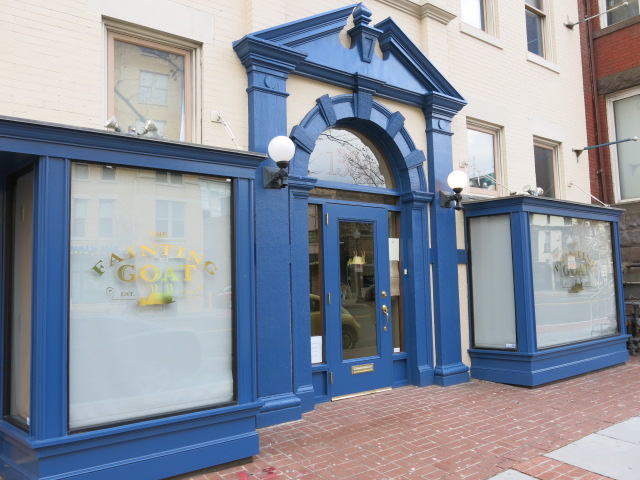 WHAT: Deep in the valley of the Swiss Alps, the Raclette tradition was born,
where local herdsmen would set up camp in the colder months and melt cheese on rocks near an open fire to fill their bellies and keep warm. When The Fainting Goat’s Executive Chef Nathan Beauchamp visited a dear friend and cheesemaker in Switzerland several years back, he too was introduced to this delicious, family-celebrated and age-old tradition, which he has decided to bring to the District for one night only in true Swiss fashion. On Friday, March 11th at 8:00 PM, The Fainting Goat will open its doors for their very first Swiss-inspired Raclette Party, an evening chock full of copious amounts of gooey melted cheese, dippable accoutrements, Butterscotch budino, ice cold beer and the finest DC company for $65 a person.

Raclette is the Swiss version of fondue – a large wedge of Raclette cheese is melted until gooey and then scraped onto a warm plate to be enjoyed with traditional accompaniments like cornichons, fingerling potatoes, pickled onions and cured meats. At The Fainting Goat’s Raclette Party, guests will gather around an intimate table set for eight to enjoy a fresh, crisp salad and a cold beer to whet the palate while the grill (and the cheese) heat up. When the cheese starts to sizzle, the party begins and guest can begin dipping tableside-grilled accoutrements such as crusty bread, assorted charcuterie, baby potatoes, cauliflower and little gem lettuce and crusty bread into heaps of hot melted cheese. Chef Beauchamp will serve guests a decadent, creamy butterscotch budino to finish the meal on a sweet note.

Reservations for the Raclette Party can be made by either calling the restaurant at (202) 735-0344 or emailing [email protected], with only two seats maximum per person. Space is limited with only X seats available.

Read more →
More Stories
Do as I say Not as I Do – Vol. 714 and 715Mark It – Metro faregates to accept SmarTrip only starting March 6 – Also escalator replacement coming to Georgia Ave-Petworth