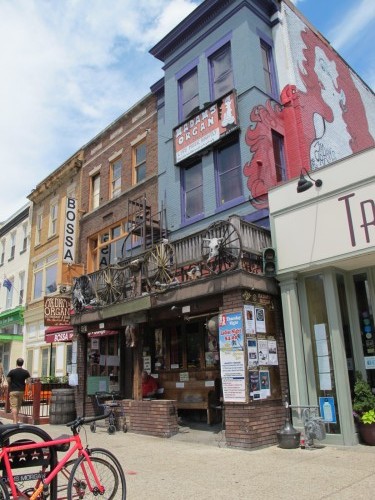 After many years of repeated harassment over capacity issues that were settled definitively in the DC COURT of APPEALS in 2008, DC ABRA investigators and their supervisor on Sept 5, 2015 finally, definitively violated the law and were caught on VIDEO doing so…..asking MPD to arrest a Madam’s Organ doorman for not allowing them access…..and would have had the individual jailed if MPD had not refused to do so……..but ABRA proceeded with the case before the ABC Board on March 9, 2016….when two investigators committed perjury and the Attorney General argued vigorously to keep the incriminating evidence caught on three cameras from being admitted as evidence…but the video evidence was admitted….and still the outcome is far from certain because the DC ABC Board for all intents and purposes acts as a rubber stamp for the AG’s office

We feel that, as was proven by the 2006-08 appeal of the ABC ruling to the DC Court of Appeals; the only chance for justice is before a legitimate court with a true judge and jury….not before an ABC Board that acts as judge and jury….but without the legal training to do so.”