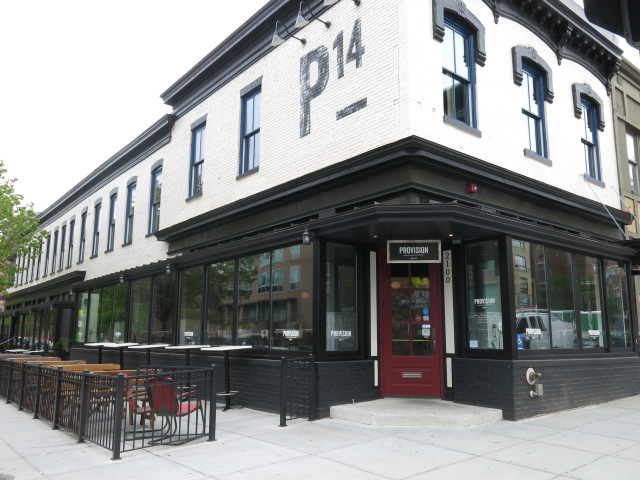 “Brunch without booze is just a sad late breakfast.”- Anonymous. Provision no. 14 has upped the ante on the 14th Street brunch game with a new menu of Bottomless French Press Cocktails. Beginning February 14th the cocktail destination will launch a new Bottomless French Press menu starring large-format creative concoctions served in a 38 oz glass French presses. The new cocktails are joined by reviving takes on brunch favorites like such as chicken and waffles in the form of Fried Chicken & Funnel Cake.

A rendition of Provision no. 14’s s already notable French Press Cocktails, the bottomless brunch presses feature new recipes including the Basil Lavender Mimosa where hand muddled basil, fragrant French lavender and lemon juice meet the effervesce of sparkling wine, the harmonious flavors intensifying the longer they seep in the press. Should large format be too grand a conquest during brunch, Provision no. 14 will also offer a slew of creative brunch libations designed to serve one. Options include four varieties of Mimosas such as the Pineapple Peppermint Mimosa with sparkling wine, Old Forester 86, muddled pineapple, hints of lemon and peppermint, clarified with milk and a Bacon Bloody Mary featuring house-made bacon infused Stolichnaya Vodka, Cornichon, and Chicharron,
rimmed with mild spice.

Provision’s brunch program features communal dishes, designed to be shared by 3-5 diners, including selections such as Provision no. 14’s signature Pata & Eggs a suckling pig leg that is braised, hung to dry for 48 hours and then fried to a crackling crisp, with hollandaise, maple syrup & toast, and the noteworthy, Whole Fried Chicken & Funnel Cake with maple-infused gravy. Sharing not caring? Individual a la carte dishes including three varieties of eggs benedict served on fresh grilled ciabatta bread, including Veggie Benedict with steamed salsify root as the base, held together with melted Swiss chard and topped with sautéed mushrooms, Lamb & Eggs with merguez spice and pomegranate jus & eggs, and Stuffed Biscuits with
two flakey home made buttermilk biscuits stuffed with breakfast sausage and drenched in a hearty gravy.”