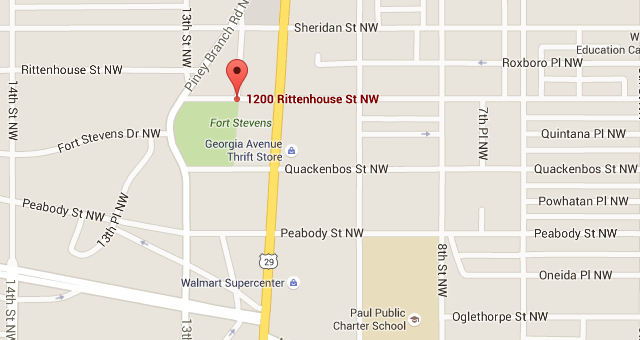 “On February 17, at approximately 1:09 AM, MPD officers from the Fourth District received a 911 call for the sound of gunshots in the vicinity of Georgia Avenue and Rittenhouse Street, NW.

While canvassing the area, officers located a adult male victim in the 6200 block of Piney Branch Road, NW. The victim was found suffering from a gunshot wound to his upper leg and right ankle.

The victim reported that he was walking in the 1200 block of Rittenhouse Street, NW, when an unknown African American male wearing dark clothing exited a black SUV and pointed a dark handgun at him for no apparent reason.

The victim began running away when he was shot twice by the suspect as he fled. The suspect re-entered the SUV, which then fled eastbound on Rittenhouse Street, NW.

The victim was transported to a local area hospital for treatment of his injuries.”