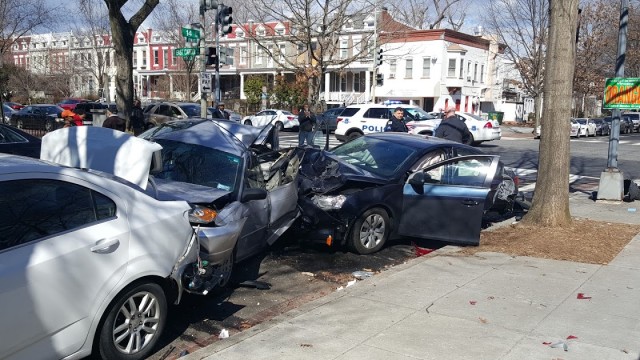 “I understand the reader reported the multi-vehicle crash was related to a police pursuit, however that is not the case.

One vehicle struck several other vehicles and then struck a parked vehicle.

At this time, two people have been transported to area hospitals.

The incident is being investigated, preliminary information suggests that the driver may have experienced a medical emergency.”

“Just a heads up – I live on 14th and East Capitol SE. Around 1030 this morning, there was a loud “woooosh” sound that I thought was strange, but just the wind. Turns out, while a funeral was going on and many older parishioners were exiting the church, there was a stolen car leading police on a high speed chase. The driver of the vehicle lost control of the car at 14th and East Capitol, crashing into 4 other cars. The driver was taken to the hospital, and it appears that no one was seriously injured.”

“MPD reports that the 1300 Blk. of East Capitol St SE is also closed in reference to the accident at 14th and E. Capitol SE.” 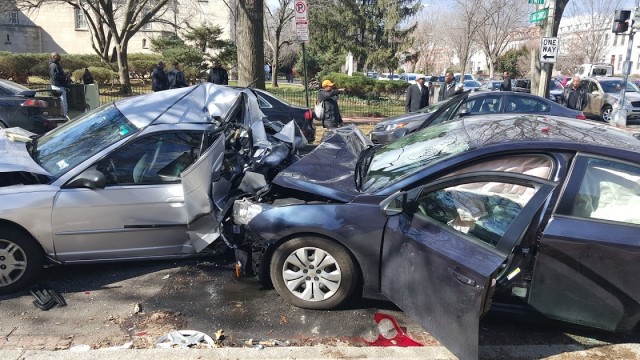