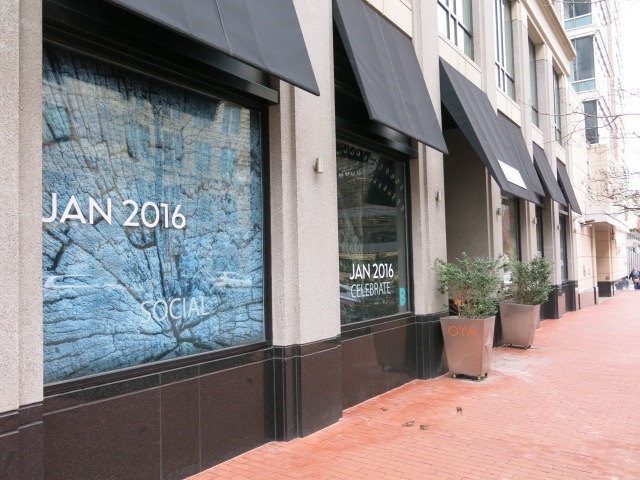 “Looks like the new concept, BOE, for the old Oya space at 777 9th Street has been unveiled. Their twitter feed calls it “Refined American Comfort Fare”.

Ah good timing – I literally just got a press release:

Situated in an interior epitomizing rustic elegance, BOE’s picturesque environment is a variety of beautiful wood and stone, complimented by soft gemstone colors and the contrast of textures, with the juxtaposition of minimalist modern chic . Like its sister restaurant, SEI, BOE looks forward to being a local Penn Quarter favorite in 2016!”

Menus after the jump. 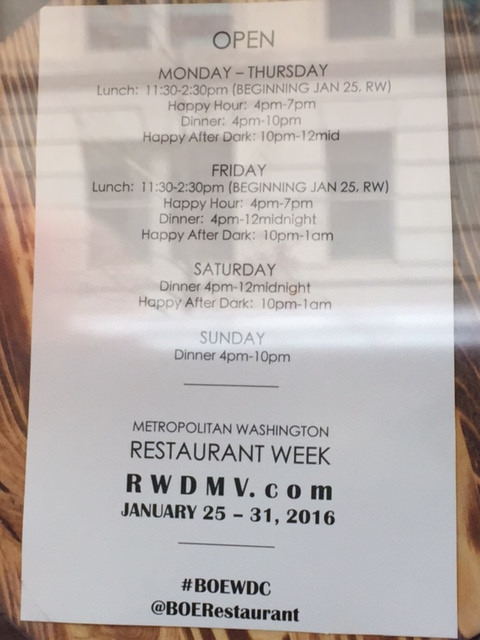 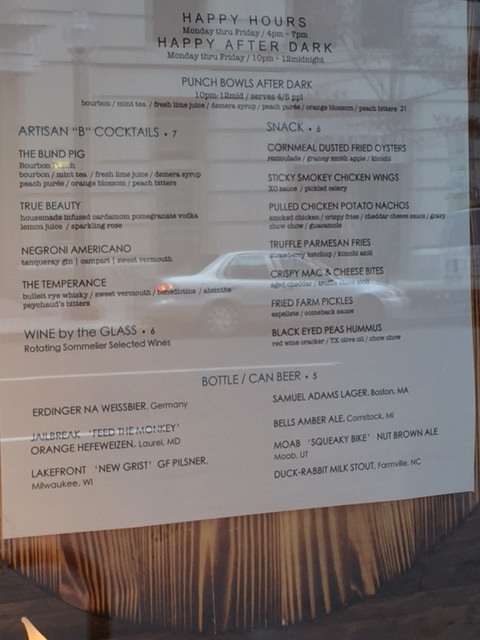 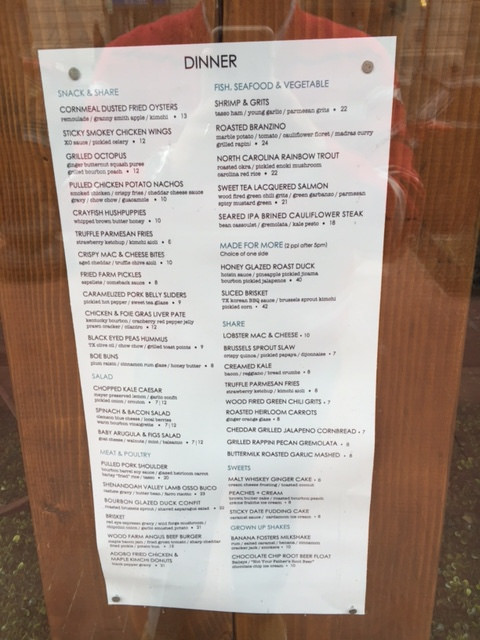