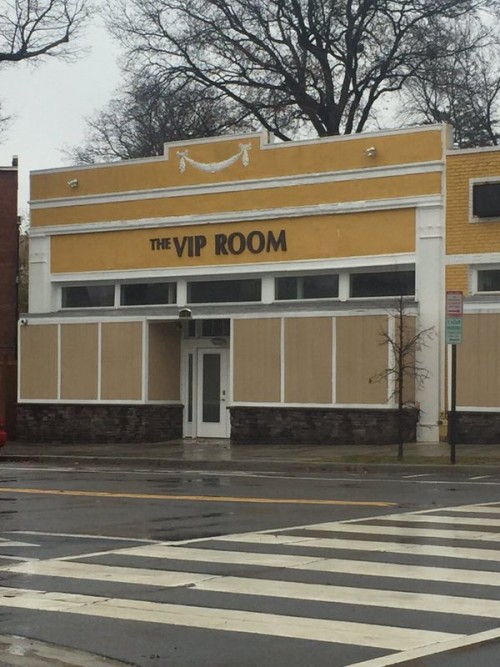 Thanks to a reader for sending and asking who they are. The VIP Room’s website says:

“Abner “Sam” Sampson started in business selling Air-Way vacuum cleaners door to door. His career blossomed as he was named the national “Air-Way Salesman of the Year” for several consecutive years. Inspiring to reach new heights and fulfill his dreams, Sam purchased the Air-Way franchise from his boss Mr. Radar, and then founded Air-Way Sales and Services, Inc. As the owner, Sam expanded the business to include selling carpet and draperies.

In 1978, Sam moved his office from one end of the 6200 block of Rittenhouse Street, NW to the other corner of Rittenhouse Street, NW. There was a lot of extra space in the new building, and Sam was just using it for his office and storage. Sam said that he was not going to pay to heat the whole building for nothing, so he rented out the extra space for business meetings.

The Air-Way V.I.P. Room was a dream that came to fruition in 1979 when Sam renovated the space so that people could have birthday parties, anniversary celebrations, repasts, church functions, and political celebrations. Sam wanted to provide a place where everybody could be treated like a V.I.P. (a very important person). Sam’s business motto was “Please Treat Everyone Right and be Fair in Your Dealings!”

Because of health challenges, Sam closed The Air-Way V.I.P. Room in 2004. After Sam died on May 23, 2011, his wife Earline Sampson decided to renovate the building and re-open the V.I.P. Room as a family business.

Host your next affair with us at The V.I.P. Room. Whether it is an …

More Stories
2 Alarm Fire at 12th and U Street, NWGingertown is Back – Check it out this Weekend