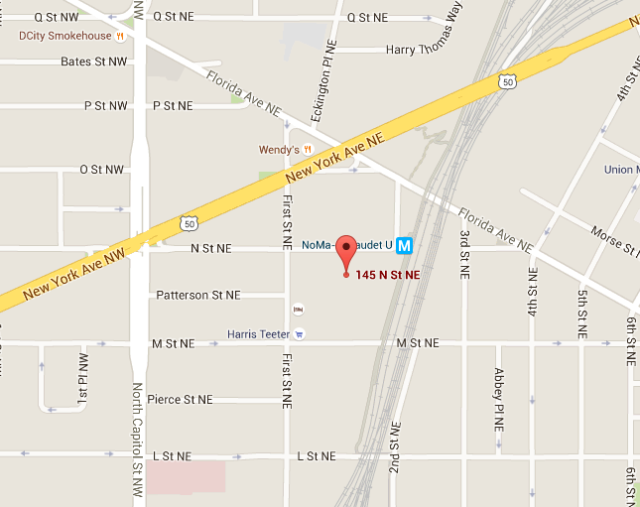 “The NoMa neighborhood is about to get a lot tastier with the opening of SEOULSPICE, a new fast-casual restaurant specializing in Korean comfort food. SEOULSPICE offers a choice-driven menu of quick, healthy, and delicious Korean dishes served in a modern setting. The official opening is set to take place on the last week of January 2016 at SEOULSPICE’s brand-new location on 145 N Street NE.

“SEOULSPICE represents my culinary perspective as a Korean-American,” said owner and founder Eric Shin. “I take traditional recipes that have been handed down from many generations in my family and add a spin from modern American cuisine. Our goal is to present Korean food in an accessible way, preserving the authentic and vibrant flavors of Korean cuisine. We offer Korean food in a simple and honest format, focusing on the flavors and freshness of the ingredients.”

The son of Korean restaurateurs who settled in Atlanta, Eric Shin developed a special knack for entrepreneurship and a great love for food early on. Inspired by his parents’ venture, he is now following in their steps by opening his own restaurant in the nation’s capital. At SEOULSPICE, Eric will put a twist on some of his favorite Korean dishes from recipes passed on by his mother and other admired Korean chefs. He designed the menu to include options for bases, proteins, and condiments, creating a varied selection that fuses traditional Korean cuisine with modern tastes.

As a crucial part of Eric’s vision, SEOULSPICE is committed to creating delicious meals with ingredients that are raised and sourced responsibly. All food items are gluten-free, catering to multiple dietary needs and eating preferences—from vegans to meat-lovers. In addition to the food menu, SEOULSPICE offers a selection of house-made juices, Asian soft-drinks, and alcoholic beverages.

SEOULSPICE is located at 145 N Street NE (Two Constitution Square) Suite 400 Washington, D.C. 20002, only steps away from the NoMa-Gallaudet U metro station. The restaurant is easily accessible by foot or public transportation, and metered street parking is available. The space will host custom furniture pieces by Maryland designer Chad Omweg (Guy Furniture Guy) and a newly commissioned graffiti wall by local visual artist Peter Chang. The mural will be unveiled at the opening on January 2016.”