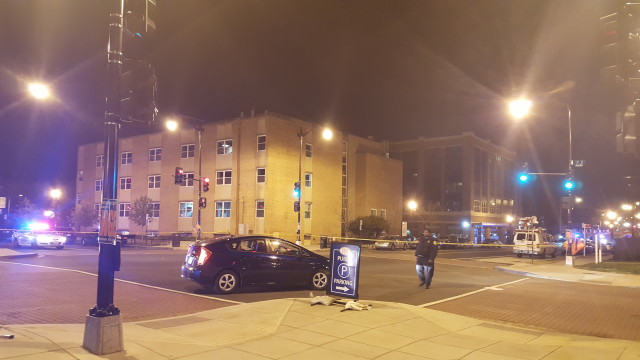 Thanks to all who emailed and tweeted @PoPville last night:

“I wanted to pass along in case other Brookland residents emailed you for information, since it seems like there was a breakdown in communication (between Metro PD Twitter/Catholic Student Body/surrounding neighbors). Some Catholic students in my building informed me that there was an active shooter on campus at least an hour before we received an alert from our building management. Campus and the surrounding streets were shut down and we were told to shelter in place. The forwarded message is the most recent update saying the shooter (details not provided regarding whether actual shots had been fired or if anyone on campus had been injured) has been apprehended.”

Members of the Metropolitan Police Department’s Fourth District responded to the Catholic University of American campus at approximately 7:45 pm for a suspicious person. Officers on the scene were not searching for an armed suspect. Upon further investigation, that person was located. The situation was resolved without incident and the area has been cleared at this time.

“A person of interest identified tonight is not the same person from last night. Reports of bomb threats in the Library and O’Connell Hall are unfounded and there have been no evacuations.”

More Stories
The Wydown Coffee Bar applies for Liquor License at 14th and U St, NWRandom Reader Rant and/or Revel