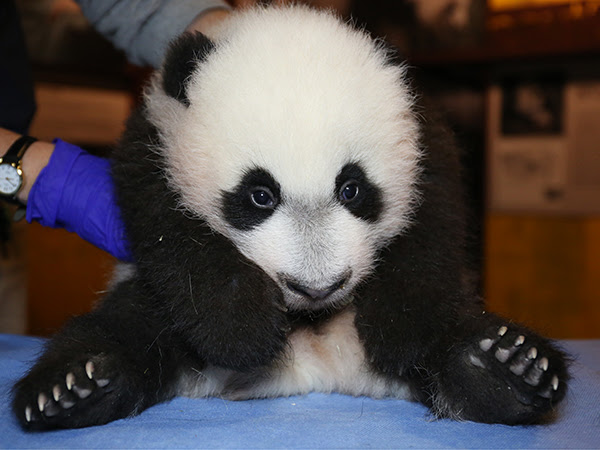 Big news from the National Zoo:

“Giant panda cub Bei Bei will go on public exhibit for the first time Jan. 16, 2016. In the past three months, he has transformed from a pink hairless cub weighing about 5 ounces to a robust 12.5-pound black-and-white cub capable of crawling and sometimes walking on his own.

The panda team has been monitoring him carefully since his birth Aug. 22. He is larger than both his older siblings Bao Bao and Tai Shan were at the same age. The panda house has been closed since August to give the mother and cub quiet and time to bond. When it reopens, the panda house will be open from 9 a.m. to 4 p.m. daily.”