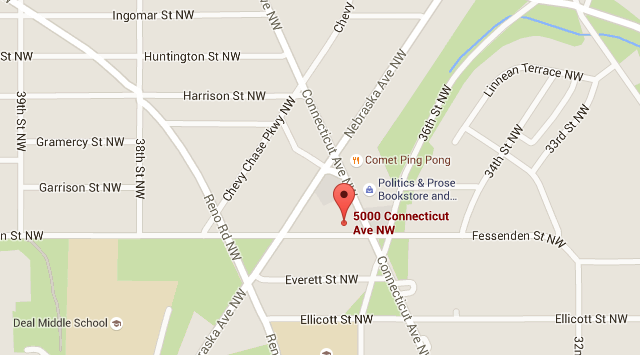 On Monday MPD issued a release:

“The Metropolitan Police Department and the FBI Violent Crimes Task Force seeks the public’s assistance in identifying a person of interest in reference to a Bank Robbery which occurred at the SunTrust Bank in the 5000 block of Connecticut Avenue, Northwest, on Monday, October 19, 2015, at approximately 9:55 am.

The person of interest is described as a black male, medium build, 5’7” to 5’9” in height, dark complexion, short cropped hair, beard, and mustache. He was last seen wearing a dark colored hoodie with a white zipper, blue jeans, and an earring in his left ear. He was last seen heading south in the 4900 block of Connecticut Avenue, NW.

The person of interest can be seen in the pictures below: