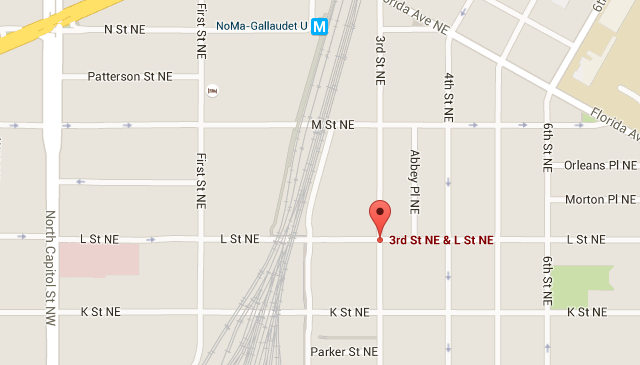 “The NoMa Parks Foundation, recently acquired a parcel at Third and L Street, NE that will be developed into NoMa’s first park. The acquisition adds to the great community amenities in NoMa and makes good on the promise of beautiful public spaces for the neighborhood. The lot is the first acquisition for the NoMa Parks Foundation and will enable the creation of a roughly 8,000 square foot park. The land is titled to the District of Columbia government.

The NoMa Parks Foundation invites community members and park enthusiasts to the second NoMa Parks Community Conversation to discuss plans for NoMa Parks and public spaces. This community meeting will take place on November 19, 2015 at 6:30 pm at the Hilton Garden Inn located at 1225 First Street, NE. Representatives from D.C.’s Department of Parks and Recreation and other government partners will attend. A community meeting to discuss the Third and L Street, NE lot will be held soon thereafter. For more information and to RSVP for the November 19th Community Conversation, please visit www.nomaparks.org.”