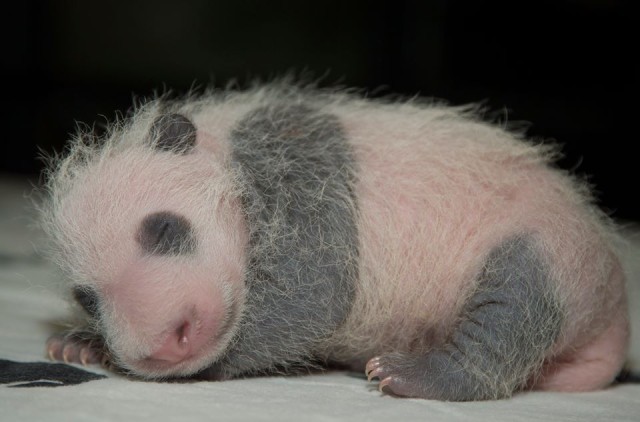 “Our cub is starting to look like a little giant panda! His black markings have come in, and his back saddle looks just like his dad, Tian Tian’s. Keepers have also seen him sleeping with his paw over his eye—which is something both Tian Tian and his big sister Bao Bao do—even though his eyes won’t open until he’s between 6 and 8 weeks old. He’s a whopping 1.9 pounds (881.5 grams) and appears to be doing very well. Mei Xiang has felt comfortable during the last week leaving him on his own in the den several times a day for short periods. She is eating more and even ate one of her favorite food items—a pear—over the weekend.”