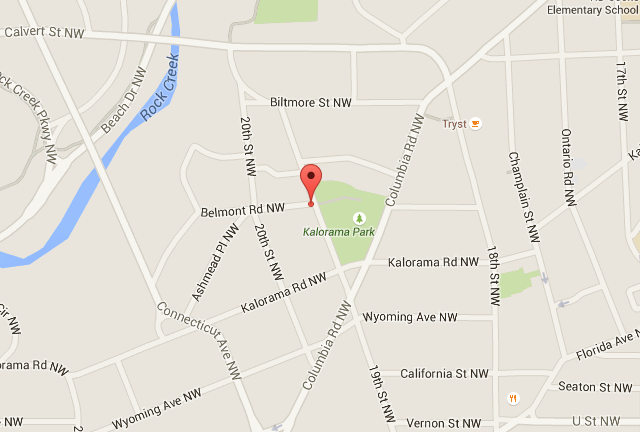 “On yesterday date, a male was walking in the 1900 block of Belmont Road, NW, when he was approached by two suspects demanding his cell phone and wallet. The citizen refused, and the subject shot him once and fled south on 19th Street, NW. The citizen is being treated at an area hospital for a non life threatening injury. Suspect 1 is described as a black male, early 20’s, 5’9”-5’10”, dark complexion, short hair, all black clothing. Suspect 2 is described as a black male, early 20’s, 5’11-6’0”, light-medium complexion, clean cut hair, grey shirt with a red horizontal stripe. Anyone with information in reference to this incident is urged to contact the Third District Detective’s office at 202-673-6918.”