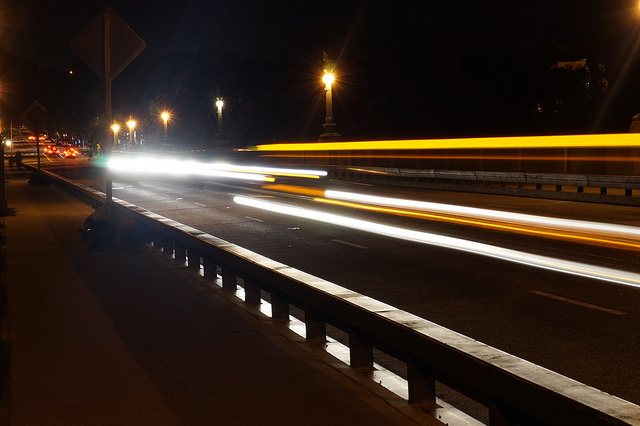 I’ve been a resident of Adams Morgan for 3 years now and this evening I witnessed something I’d never seen before.

Around 9:30pm this evening, I was walking eastbound on S Street NW, towards 18th Street and I noticed a Lincoln car was parked right at the intersection f 18th & S Street NW and the passenger side door was open onto the sidewalk. As I walked past the open door, I saw two figures, both African American, arguing and the man was on top of the woman (who was in the passenger seat) trying to force her to do something. It’s unclear exactly what he was trying to force her to do, maybe shoving her or physically dominating her in some capacity. Whatever the case was, she was screaming for him to get off her.

I stood and watched the scene unfold for about a minute, before realizing that this was a pretty bad situation. So, I pulled out my phone, and yelled that I was calling the police. After I yelled it a couple times and told the man he better get off her because there were other witnesses (including other cars nearby), the man got off the woman, got out of the car with his hands up and faced me. He had the car keys in his hand and essentially “surrendered” and I told him to start walking the other way. I said, “Look man, she’s upset. She doesn’t want you near her, so give her some space. Start walking or I’m calling the police.”

And the man walked away from the car when suddenly–another man, a white man in a red polo shirt and khakis and presumably college-educated, approached me from behind and started yelling in my face, “What the fuck? It’s always the man’s fault isn’t it?! This could be this guy’s car!”

Completely shocked, I said: “Are you kidding me?! He was on top of her while she was screaming for him to get off!” And then I told him to get lost, which he did because that’s what cowards do.

I waited another few minutes until the woman in the passenger seat (the victim) ensured me she was okay and thanked me.

My question to fellow Adams Morgan residents is what would you do?

I’m not someone who enjoy interfering in others private lives, but as a woman, I feel it’s my obligation to watch out for other women. I’ve been *lucky* (extra emphasis on lucky) to say I’ve dated some really big jerks, but I’ve never had them physically dominate me. Seeing this guy do that to a woman in public makes me think that worse things have happened in private and I can’t help but to somehow make it known that it’s not okay. Not one bit.”