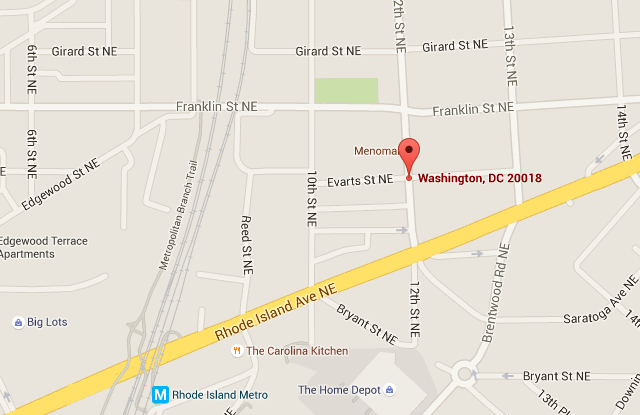 Via the Brookland listserv regarding shots fired around 2:30/3pm Monday afternoon:

“Can I get some more information about the gunfire my husband witnessed on Evarts near 12th and the subsequent getaway via scooter? There were buses and lots of people present for pick up. Thankfully, it appears no one got hurt.

The dispatcher was not interested in my husband’s call, (“It’s already been reported, thanks.”) And the cop cruised by without lights on. NO URGENCY FOR GUN FIRE NEXT TO A SCHOOL??? The school security guard had to jump out and yell at the cops to get their attention and ask if they showed up for the the shooting.

Can I please get some type of explanation or clarification?”

“At about 230 pm, units from the Fifth District responded to the sounds of gunshots in the area of 12th and Evarts. Units conducted a canvass for shell casings with negative results; however, a witness reported seeing one suspect b/m 20’s white tank top riding a red scooter in the area and possibly involved. A subject matching that description was observed a short time later in the area of 7th and Franklin, but made good his escape from the area without being identified. Noyes Elementary School delayed release for approximately 10 minutes while this matter was being investigated.

At about the same time, School Resources Officers requested assistance for unruly persons at the Brookland Metro. Units responded and 2 arrests were made, 1 juvenile and 1 adult. A red scooter was observed leaving that area as well, but the persons on the scooter were not the persons arrested..

There were no injuries or damage to property reported as a result of this incident.”

“The reports of no damage to property are not accurate. The shots were fired closer to 3:00. The timing is important because buses and parents were already lining the street for dismissal. Also inaccurate, a bullet was found lodged in the rear side of the brand new car of our neighbor (the car was facing rear to the east) and it had a smashed window. Whereas the guy who jumped on the scooter was shooting in the opposite direction (shooting to the west and running east). It seems as though shots were fired from the group of 8 kids who who ran up Franklin, resulting in the bullet(s) in the neighbors car. My husband witnessed the scooter kid (wearing a white t-shirt, not a white tank top) run down the street with the gun out, jump on the red and white scooter driven by another kid, and duck while he drove away across 10th and on the next block of Evarts.

It took the police about 5-10 minutes to show up. No lights. No urgency. The school security guard had to jump out in the street in front of the police car to get it to stop. So perhaps none of the contributing details of the story matter to the “investigation”.

There was a shoot out right in front on my house and at dismissal of an elementary school between two or more individuals. The safety of my family, my neighbors, the Noyes students, their families and the bus staff that was on the street demands that something be done to address this situation. Please advise us on our next steps.

We have multiple shooters outside of a school and it barely commands a casual stop by an officer.”

“No one called to report damage so I can only report the information as reported by victims. Please advise your neighbor that they should make a report.

It seems that you have very valuable eyewitness information. It is always critical for ‘first person’ eyewitnesses to call immediately so that we can operate and make strategic decisions using the most reliable and thorough information available. We had a sighting on the scooter during that time. Had this information been more punctual I could have used it to weigh in my decision as to whether the officers could chase the vehicle.”

“Then why were there so many police out there last night looking at her car?”

“From my husband regarding the shootings at 12th and Evarts:

I DID call as soon as I saw that the shooter had left. I stated that there was shots fired. I stated that i saw a young man running down the street WITH a gun. I was informed by the dispatch that a call had already been placed. I was asked what did the shooter look like. That was all. Can’t be more “punctual” than immediate. I am surprised that someone didn’t ask me again “how long have you lived here”?
There is a bullet lodged in my neighbors car. There were several police cruisers working that last night. They took pictures of it. Did they not report it? Did you not look to see if there was a report? Speaking of living here, I spoke with my neighbor last night, she stated that in her 53 years of living here, she has not had this level of deadly violence on Evarts.
Do you not believe that shots were fired? Obviously they were, as my neighbors car has a bullet lodged in it. The time to interview was yesterday as the police cruiser slowly approaching the school and was waived down by a bus driver.
I see that your union has placed a vote of “no confidence” in our police chief. I am happy that this is something that needs to take the time of all the MPD. Your internal strife, either real or manufactured, has apparently hindered your ability to discern a true emergency. THERE WAS A SHOOTOUT IN FRONT OF AN ELEMENTARY SCHOOL MINUTES BEFORE DISMISSAL. You guys decide to have a work slowdown to voice your opinions while the citizens who pay your salaries suffer as a consequence? OHOD make you angry enough to ignore a shootout at an elementary school?
If that doesn’t warrant 10 police cruisers with lights and sirens, what does?
Stop blaming the citizens for the violence being perpetrated in their communities when they call upon the MPD to do their sworn duty. Multiple calls were made, they were immediate, some descriptions were made, cruisers were flagged down. What more is possible without the MPD help?
Your replies seem to blame the very people who are calling for your help. This incident is NOT OUR fault. Its not the fault of the 5 year olds that go to school at Noyes. It’s not the fault of their teachers or parents or bus drivers or the people who reside on Evarts.
Whats the next statement, “buy a gun”? Only heard that several times by law enforcement..

In other words the police have given us advice to break the law, eluded to us being outsiders who deserve problems, and tried to incite victim shaming as a reason from criminal behavior in our neighborhood.

I really and truly want to know what we are supposed to do.”

As I am reading the email chain below, I too am concerned. Thank you for including me. Following yesterday’s event we have certainly increased the police presence in this area and will conduct an aggressive follow up.

I am going to follow up with Commander Fitzgerald on our initial response and he is going to send a patrol officer back to the area very shortly to specifically follow up, go door to door and ensure we include and gather any additional information from yesterday’s incident. If you can please send contact information for your neighbor whose car was damaged, we will follow up with him/her directly.

Please rest assured that we, as an agency, take incidents of this nature extremely seriously and are not advocating that you in any way shape or form break the law or don’t deserve fast, expedient and thorough responses from MPD when we are called upon for assistance.