Get our email!
Search
Beer, U Street 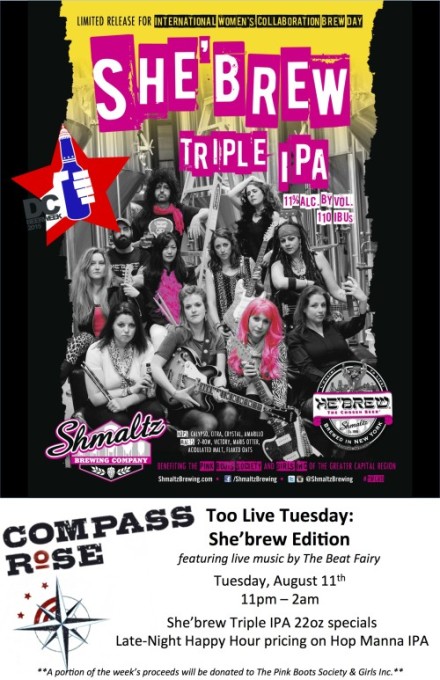 “Our Big Beer Week event! We decided to focus our Beer Week special around an issue close to our hearts at Compass Rose: Women in the Bar and Restaurant Industry. We are a female owned and female run business so we thought it appropriate to introduce D.C. to She’Brew from Shamaltz Brewing Company!

For our band special we will have late night happy hour pricing on draft beers and rail cocktails including the He’brew Hop Manna, another great IPA from Schmaltz Brewing.

We will be donating to the Pink Boots Society scholarship fund, a global non-profit that aims to advance women in the beer business. Schmaltz Brewing will also donate proceeds to Girls Inc. of the Greater Capital Region (Albany, NY) whose mission is to inspire all girls to be “Strong, Smart and Bold.” Schmaltz Brewing already supports this cool non-profit through sales of She’Brew. We will be contributing a donation based off of She’Brew sales during all of Beer Week.” 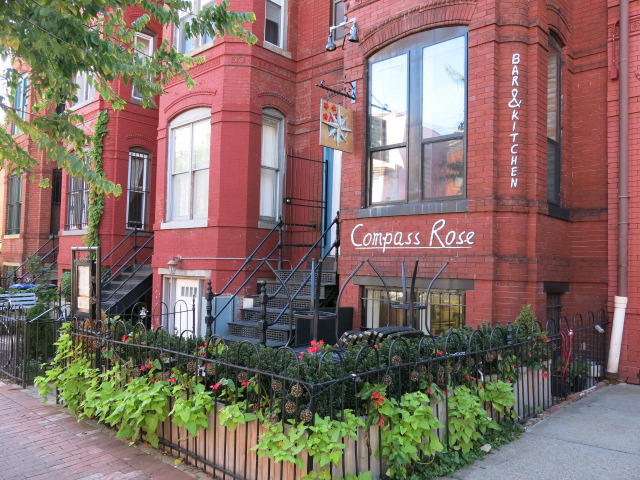