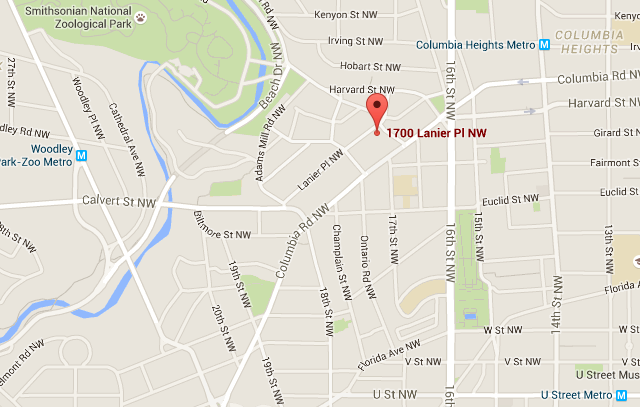 “The Metropolitan Police Department is seeking the public’s assistance in identifying and locating a suspect in connection with a First Degree Sexual Assault that occurred in the area of the 1700 block of Lanier Place, Northwest.

On Monday, August 10, 2015, at approximately 1:15 am, an adult female was approached by a suspect who was armed with a screwdriver, and was sexually assaulted and robbed. The suspect is described as a Hispanic male, 5’6″-5’7″, in his mid-twenties. He was observed wearing a black shirt with white lettering on the front of the shirt, white socks (pushed down), and blue short pants.