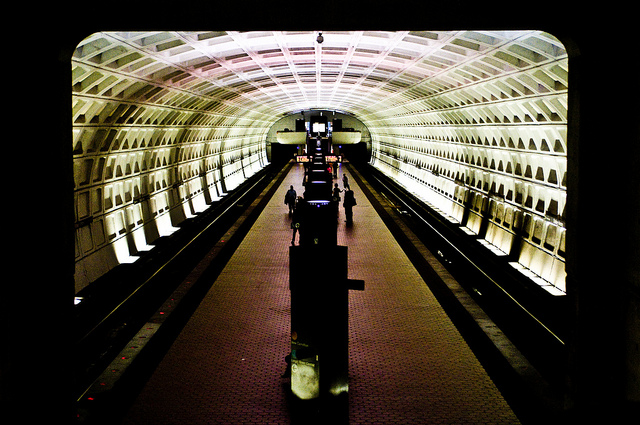 “Metro Transit Police and the District of Columbia Fire and Emergency Medical Services Department will conduct a full-scale emergency response drill at Stadium-Armory Station on Sunday, August 23, from 7:45 a.m. until approximately 10 a.m.

During the exercise, emergency responders will simulate a smoke/fire incident in the tunnel outside of Stadium Armory. Metropolitan Police Department and DC Homeland Security and Emergency Management Agency also will participate in the exercise. 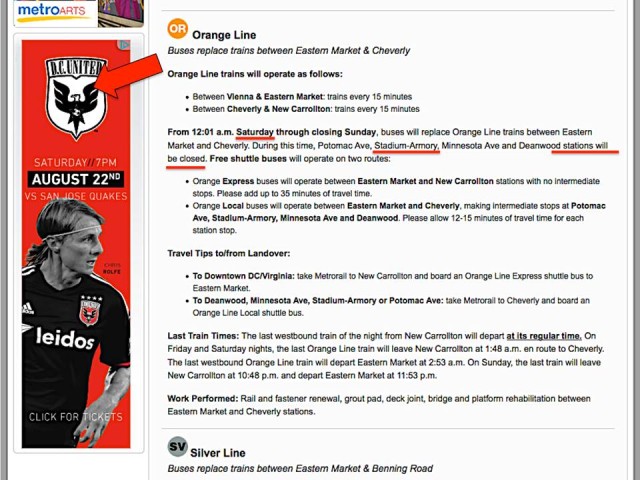 On Facebook, Arnaud Carpentier notes the “Sweet Metro Irony…” in the screenshot above from Metro’s website – due to the scheduling conflict with a DC United match at RFK.

“The exercise will not result in special service changes beyond Metro’s planned weekend service for August 22-23. Both Stadium-Armory and Potomac Avenue stations will be closed this weekend, with buses replacing trains between Eastern Market and Cheverly on the Orange Line and between Eastern Market and Benning Road on the Blue and Silver lines. For more information about planned weekend track work, please see the Service Advisory.
Customers traveling to or from Stadium-Armory Station should follow directional signs and avoid crossing police lines and/or barricades.
Members of the public in and around Stadium-Armory may notice emergency vehicles on site. Please be advised that this is only a drill.

The exercise also will test remote control of the ventilation fans from Metro’s Rail Operations Control Center, as well as the response and incident coordination of fire and EMS, Metro operations, Transit Police and support personnel.

The exercise is the second in a series of quarterly full-scale drills scheduled to improve responder training in the wake of the January L’Enfant Plaza smoke incident.”