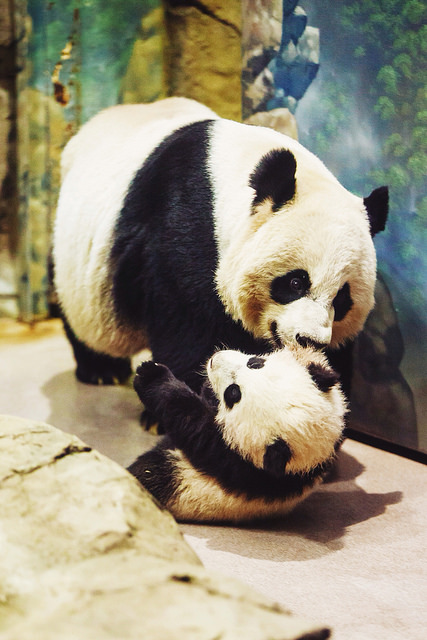 It has been 113 days since Mei Xiang’s artificial insemination, and she is entering the final stages of her pregnancy or pseudopregnancy. She is showing stronger behaviors consistent with both, which our panda team expects will continue during the next several weeks. She is sleeping most of the day, spending more time in her den, eating significantly less, and body licking.

As many veteran panda fans know, Mei becomes very sensitive to noise during the final stage of a pregnancy/pseudopregnancy. Our panda team made the decision to close the David M. Rubenstein Family Giant Panda Habitat surrounding her den starting today to reduce noise and increase the chances of a successful pregnancy. Visitors to the panda habitat can see Tian Tian and Bao Bao outside (usually in the morning), and Tian Tian inside the panda house in the afternoon.

Keepers are allowing Mei to rest and do (or not do) whatever she likes. She has chosen not to participate in her last two ultrasounds, which is normal for her. Our veterinarians will continue to attempt ultrasounds, but only if Mei is willing.”