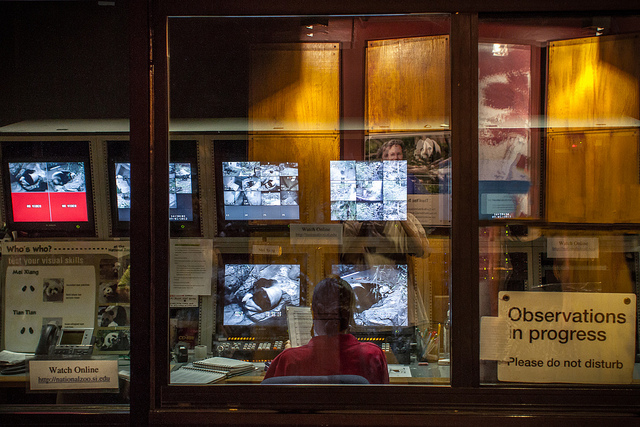 “Mei Xiang had her first ultrasound this morning. Vets weren’t looking for a fetus at this early stage, they’re tracking changes in Mei’s reproductive tract and getting her comfortable having her belly touched.

Pandas experience something called a diapause, meaning that even if a female is pregnant the embryo doesn’t actually implant into the uterine wall (and start developing) until 17 to 20 days before she gives birth. The panda team will continue to perform ultrasounds—the only definitive way to tell if a panda is pregnant—throughout the summer as Mei chooses to participate. Today, Mei wasn’t very interested in participating in the ultrasound. After lying down in the training chute she sat up before vets had a good look at her uterus. They shifted Mei to her den where she could stand up. But again, after a few minutes, she decided to stop participating.

Our vets perform ultrasounds because female pandas’ hormones and behavior mimic a pregnancy even if they are not pregnant.”