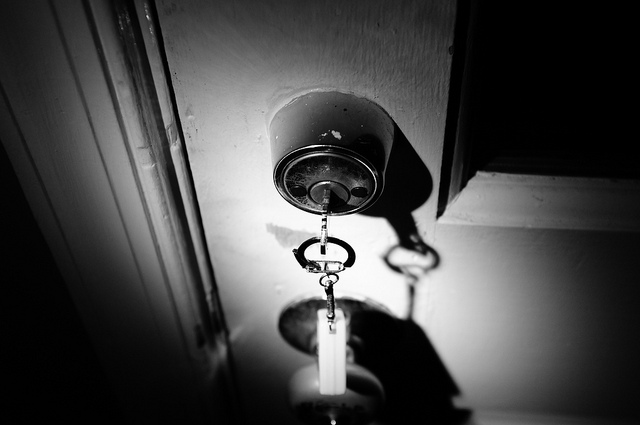 I live in a row house on 11th Street (not exactly a dark alleyway). On Monday night, I was reading in bed when I became convinced someone was walking in our house and climbing the steps towards our bedrooms. I woke my husband up telling him that. We took a look around the house and did not notice anything except that we have forgotten to bolt the front door (we came home in the middle of the storm). I went back to sleep, feeling like a complete idiot and mortified to have deprived my better half of much needed sleep.

Two days later, he asked me if I had seen his rain jacket. We started joking that it must have been the ghost. And then we realized his sneakers had also disappeared and stopped laughing altogether.

Luckily (and unusually), we had nothing of value lying around like keys, wallet, phone… but it was pretty scary in retrospect. This was one mistake, on a Monday night. We were home and I happened to be awake, but we got hit.

Don’t forget to bolt your door.”

Read more →
More Stories
From the Forum – Anybody else have a complaint about Revolt Cleaners (Soapy Joe’s?)Today’s Rental is a 1bed/1bath for $1350 in Glover Park