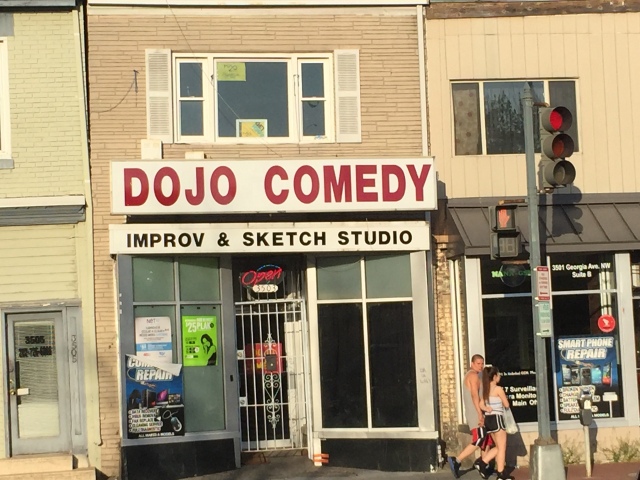 Thanks to a reader for sending. Dojo Comedy’s website says:

“Dojo Comedy strives to provide instruction, practice, and demonstration of comedy in Washington, D.C. and the surrounding area.

Dojo Comedy provides a jolt of comedic energy to the comedy scene in DC. Dojo’s classes push leading philosophy and theory on improv and sketch comedy, bringing new thoughts, methods, tools, and tricks to Washington students. Shows work to cultivate the best local talent, showcasing improvisers and sketch performers from the DC area in addition to guest performers from out of town.

Dojo Comedy works towards the goal of an independent and permanent physical space for classes and shows, providing DC with a stationary landmark for the best comedy the city has to offer.