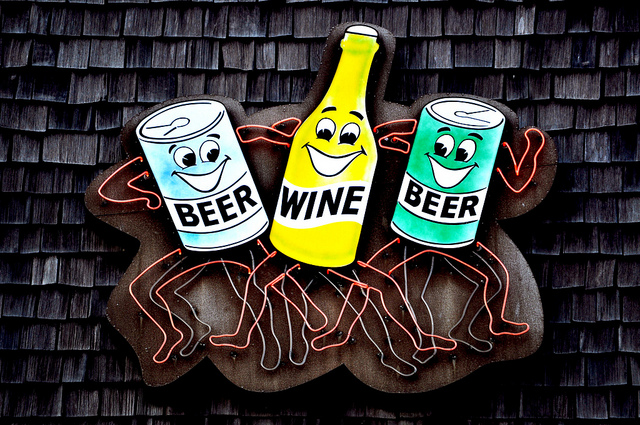 “Several new types of alcohol licenses are available to District businesses beginning today. The licenses are part of a new law that is now in effect in the District.

One provision of the law provides a new permit to District distilleries and wineries. The on-site sales and consumption permit would allow a distillery to sell their spirits on-site in the form of cocktails for the first time. A winery with the permit could sell and serve glasses of their wine to customers. Until now, on-site sales and consumption permits were only available to breweries in the District. The application for the permit is available on the Alcoholic Beverage Regulation Administration’s (ABRA) website.”

The legislation also creates a new license for alcohol-infused products such as cupcakes. The class C manufacturer’s license allows a bakery to manufacture and sell baked goods—with a maximum of five-percent of alcohol per volume—to persons 21 years of age or older. Products could also be sold to other businesses that have alcoholic beverage licenses. A bakery licensed under a class C manufacturer’s license is limited to selling and serving alcohol-infused baked goods and would not be permitted to sell and serve alcoholic beverages.”

Speaking of which – District Winery has applied for a liquor license at 385 Water Street, SE near Yards Park:

“Multi-Purpose Facility with 450 seats and a Total Occupancy Load of 750. Requesting an Entertainment Endorsement to include dancing, wine pub and summer garden with 100 seats.”

CityPaper notes that these are the same folks behind Brooklyn Winery:

Our boutique urban winery is set in the heart of Williamsburg, one of the borough’s most vibrant and creative neighborhoods. Winemaker Conor McCormack produces our premium small batch wines, combining the quality of tradition with the freedom of innovation. Tour the winery to learn about how our wines are produced, then settle into the wine bar and savor our artisanal wines while indulging in our seasonal menu. For those looking to commemorate a special occasion, we also function as a private event venue, featuring full-service weddings with wine crafted on-site, exquisite cuisine, and the beautiful winery as a backdrop.

Co-founders Brian Leventhal and John Stires previously worked together at an internet startup. While there, they made their own wine with a group of co-workers at a winemaking facility in New Jersey for three years running. After realizing what an incredible amount of fun winemaking is, then observing a nearly complete lack of wineries in Brooklyn, and recognizing that New Yorkers are obsessed with all things local, Brian and John quit their jobs (in a terrible economy, no less) to open the business. In the end, it was Brian and John’s unrelenting passion and dedication to their innovative idea that led them to officially open the winery less than a year after the company’s inception. It’s that passion and dedication that permeates every aspect of Brooklyn Winery, from the wines they craft to the exceptional service they and their team provide.”