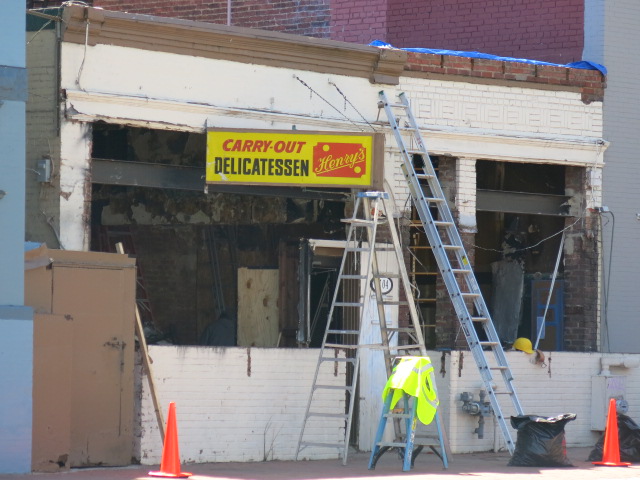 After experiencing serious fire damage back in June 2014, Henry’s Soul Cafe hoped to reopen in 2-3 months. Obviously that was a bit ambitious. But to make matters, as we’ve previously noted, the owner Henry Smith passed away in October 2014. On their facebook page they now say they are hoping to reopen in approximately 60 days. From the photo above you can see there are still some serious repairs needed but hopefully they’ll get them done in a couples months. Updates as we get closer.