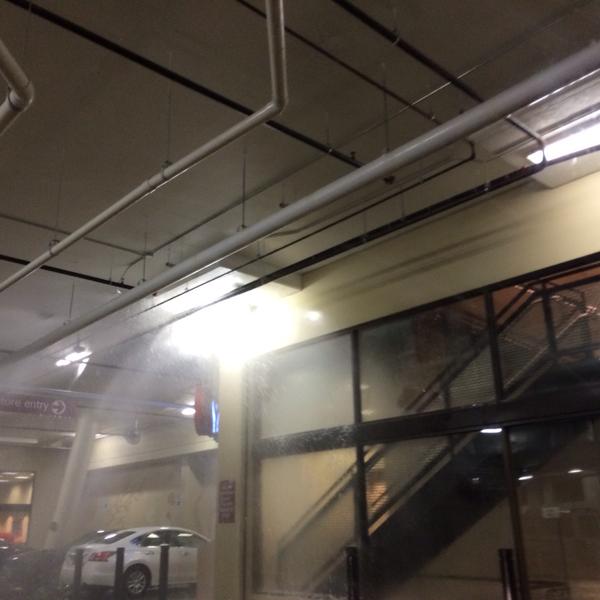 “@PoPville FYI the Safeway is closing due to the burst water line. Announcement just came over the loud speaker.”

@ktstritz tweets us the photo above:

JH emails us the photo below: 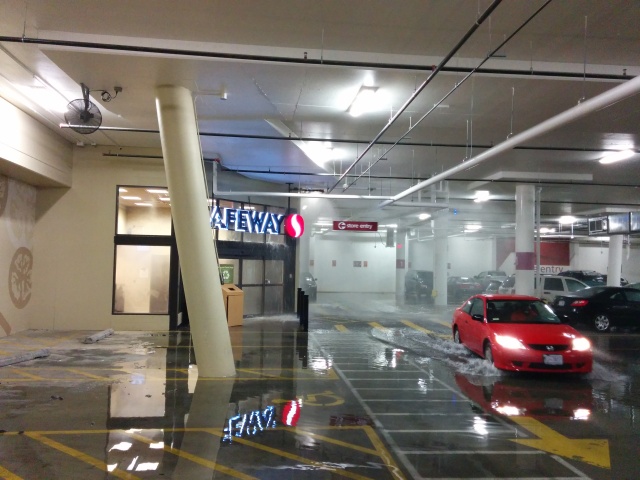 AP emails us the video below:

“So on top of the crowds at the new Safeway in Petworth, a pipe just burst in the garage and in the store. This is the scene downstairs. If that freezes, at least a dozen cars are going to have a nightmarish time getting out.”