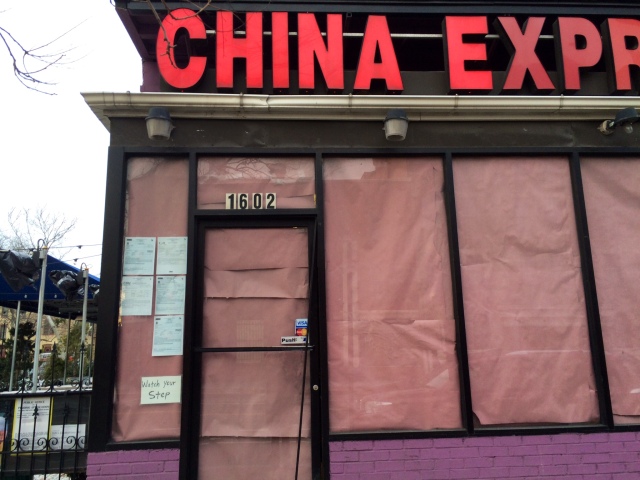 “Looks like the expansion has begun. I noticed over the weekend that they had taken down part of the outside bar and then last night saw the paper up at the (now former) China Express next door.”

Back in August we learned:

“The planned building will feature three bars, a grand beer hall, state of the art bathrooms and private lockers for regulars to keep their steins on premises. Dacha’s beer menu will expand; however, Weihenstephaner Brewery products will continue to be the core of the draft lineup. The third floor bar will feature rare, hard to find beers, meads and ciders. A full kitchen will allow Dacha to expand its food offerings.

If all goes as planned, the new addition will open in the summer of 2015. The garden, however, will open in its current format in early spring of 2015 and will operate while the China Express building is being renovated.” 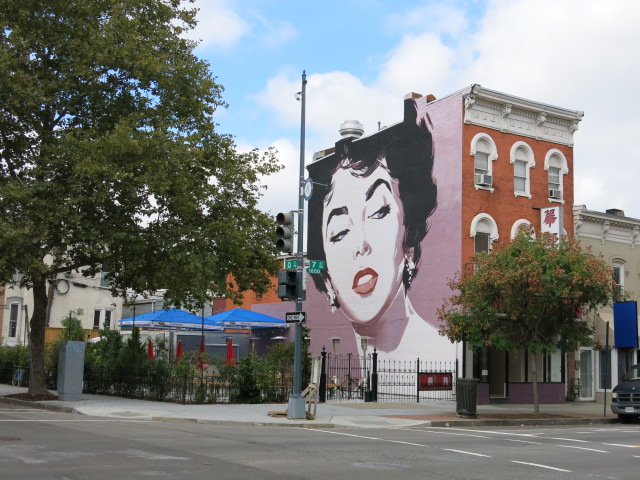