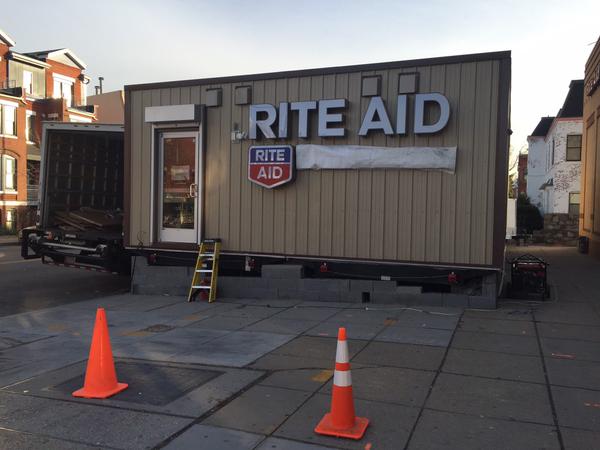 Photos used with permission by ‏@TonyTGoodman

“Temporary Rite Aid on former sidewalk at 13th & U to make way for new apartment building.”

“A 1,400-square-foot prefabricated modular construction trailer will be placed on the sidewalk adjacent to the existing, soon-to-be-razed Rite Aid, for use as a temporary pharmacy. The JBG Cos. plans to knock down much of the block — five buildings totaling 19,000 square feet — to clear the way for an eight-story mixed-use project. The new building will include space for a new Rite Aid and roughly 165 multifamily units.” 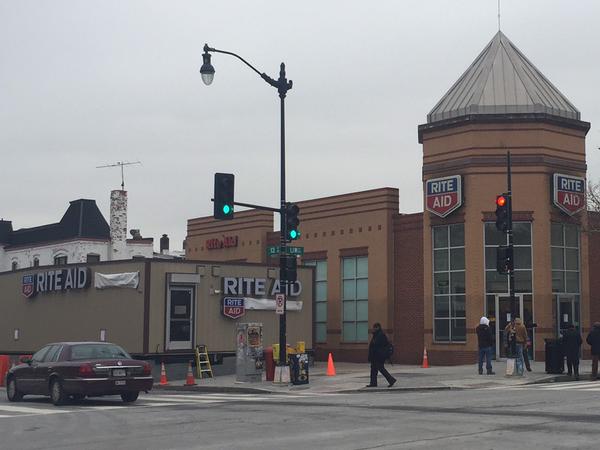