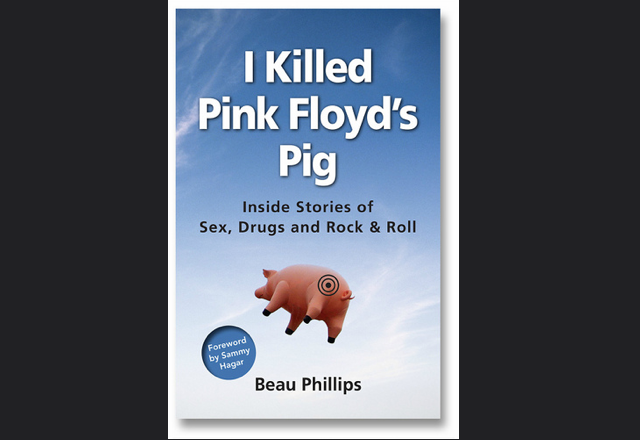 Join us for an author talk and book signing featuring Beau Phillips, a former radio DJ, program director and VP/GM at influential rock stations and national radio networks, and Senior Vice President of Marketing for VH1!

I Killed Pink Floyd’s Pig is a collection of funny, decadent, and outrageous stories about rock’s greatest superstars. It’s an all-access pass to never-been-told stories of sex, drugs and rock & roll. So get a behind-the-scenes VIP tour of the time when rock was great, air was clean, gas was cheap, and disco, well, when disco wasn’t very good …

Phillips takes you backstage and inside the dressing rooms, hotel suites and private planes of Led Zeppelin, Rolling Stones, AC/DC, Eric Clapton, Paul McCartney and dozens more. So, climb in the limo and strap in!”