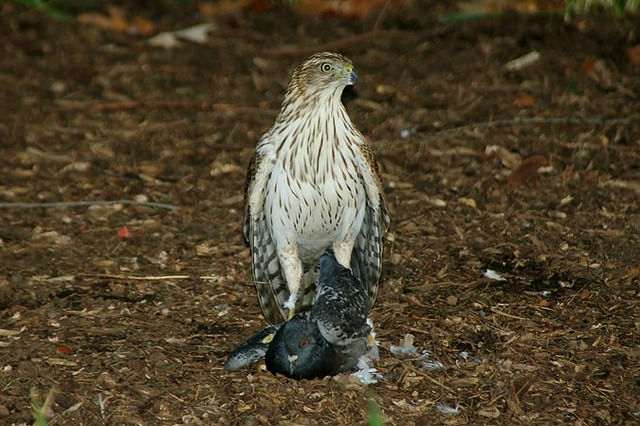 “A juvenile Cooper’s hawk stands tall over its prey, a hapless pigeon. The hawk caught the pigeon in midair about 10 feet off the ground near Union Station. 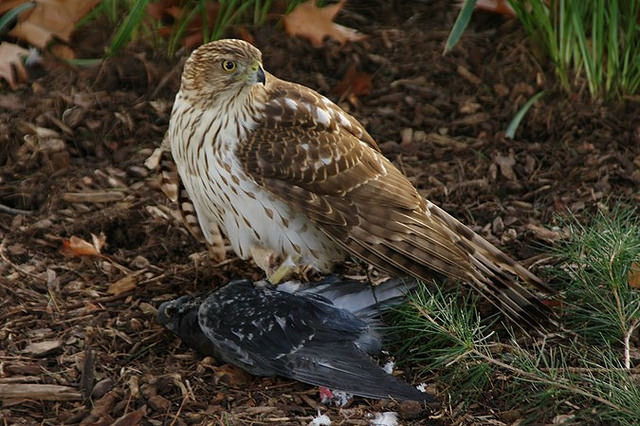