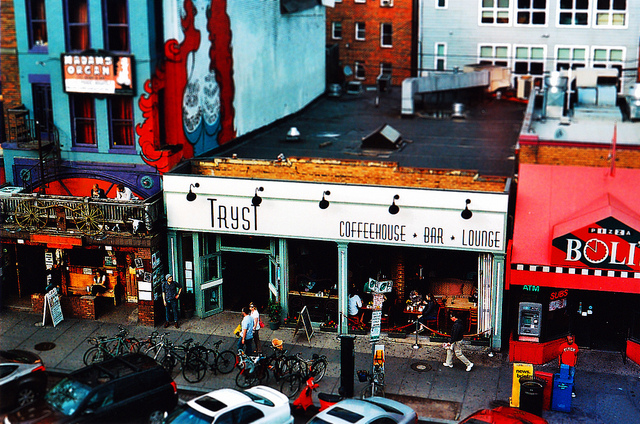 A friend and I were enjoying dinner and coffee around 8:15pm last night when everyone inside Tryst started coughing heavily. Within the next few moments everyone rushed out of the restaurant for fresh air. Obviously people were concerned considering the recent events in Paris and the smoke incident on the Metro this week. Someone from the crowd shouted that it might have been pepper spray, but I didn’t see or hear anyone get into a scuffle inside the coffee shop. Luckily, we had already paid our bill, so we made a quick exit, but when we drove by after leaving our parking space it looked like police and an ambulance were on the scene. Is this a common occurrence that people use pepper spray in a small public place?”

Ed. Note: Apparently it was an accidental discharge and all are ok. I think I’ve heard about a couple accidents like this in the past but it’s definitely not a common occurrence. Glad all are from last night!