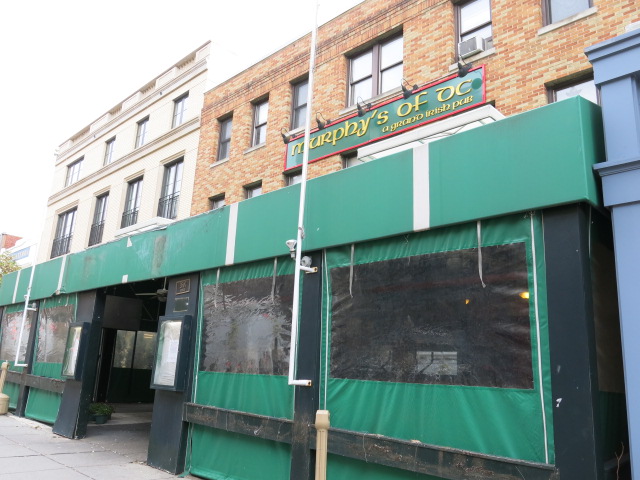 That was fast. On Nov. 21st we learned Murphy’s was closing after almost 30 years in Woodley Park and scuttlebutt was that they could be replaced by some sorta fine Italian dining. Eater DC now reports:

“Liam LaCavita, the chef who used to oversee Liberty Tavern and its sister restaurants, is opening up a place there. The restaurant will serve Modern American food, with an influence from other cultures such as Italian.”

They also say he’s hoping to open in early 2015. Standby for updates.

More Stories
Is a Latin ‘Eataly’ Coming to Union Market from Chef Jose Garces?Fundraiser at Zeba on Fri. Dec. 5th to raise money for Doctors Without Borders’ efforts fighting Ebola