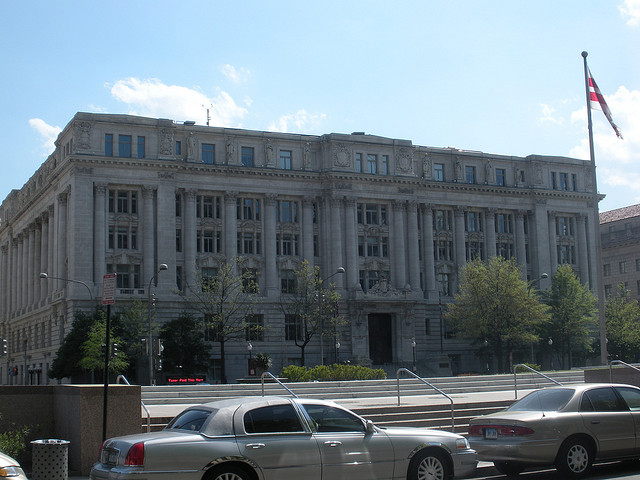 “Mayor Vincent C. Gray and the D.C. Council announced today that the District’s city hall, the John A. Wilson Building, will go red in support of the Washington Nationals’ Major League Baseball playoff run. Beginning tonight, Wednesday, October 1, the District will illuminate the building with red exterior lighting for as long as the Nationals remain in the playoffs. Mayor Gray and the D.C. Council turned the building red the last time the Nationals were in the playoffs in 2012.

“As a lifelong baseball fan, I am extremely proud of the Nats. They’ve had an amazing season with some incredible individual performances – but what impresses me the most is how they play as a team. I’m excited to cheer them on all the way to the District’s first World Series win since 1924,” said Mayor Gray. “And starting tonight, we’re going to turn the Wilson Building red to show everyone that the District is behind them 100 percent.”